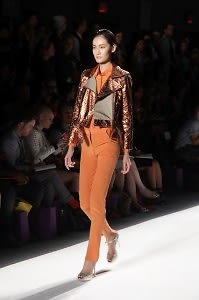 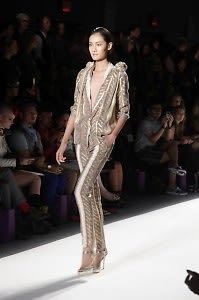 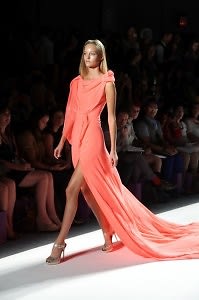 Among seasoned veterans and snarky fashionistas, the long runways of Mercedes Benz’s New York Fashion Week can be a daunting and scary task for newcomers. But, the dynamic duo behind Noon by Noor lost their NYFW virginity on Friday to a round of applause and raving reviews. The name of their line even became a worldwide twitter trending topic! 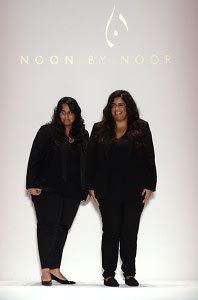 “We’re not only cousins, we have been best friends since childhood; so naturally we never let disagreements get in the way of making a magnificent team. We know exactly how to get around them,” said Noor.

Just in the year 2011 alone, they opened an exclusive showroom in Noor's homeland of Bahrain, held an event in Los Angeles with celebrities like Kim Kardashian and Lo Bosworth in attendance, and launched their online boutique.

This event is particularly amazing because it is the first fashion label from the Gulf to be officially invited to NYFW--and it's owned by two young women!

For the winter season, they held a show in New York City where Blake Lively was seen sporting their line. Quite literally, the girls are the talk of the town. Can I just mention the worldwide trending topic again???

Noon (which is the pronunciation of the Arabic letter n) by Noor showed it’s Arabic influences in the magnificent neckline embellishments in their Spring 2013 line. Also seen on the runway were fluid and fierce evening gowns, pant suits, high slits and structured motorcycle jackets—all in a variety of luxurious fabrics and shades of orange, pink, and muted greens. 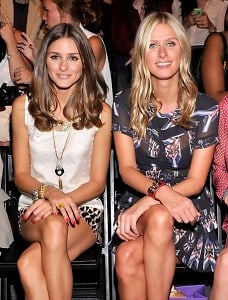 [Olivia Palermo and Nicky Hilton sat in the front row, via] The young designers showed a seamless but still diverse collection—from a to-die-for metallic brocade moto jacket to a teal watercolor floral-printed silk pajama set. The entire show was a breath of fresh spring air for the audience with socialites Olivia Palermo and Nicky Hilton seated front row. Also in attendance were Cory Kennedy, The Sartorialist's Scott Schuman, and other fashion/Hollywood A-listers.

The fact that the two come from Marymount speaks volumes to the school's already esteemed fashion program. The school hosts an annual fashion show called "Portfolio in Motion," which typically features a top tier designer (like Peter Som, 2009 or Oscar de la Renta, 2003) that critiques the students' portfolios one-on-one.

With this amazing accomplishment behind them, these two young designers will continue forth to conquer the international fashion scene, while the fashion industry waits with bated breath for their next collection.