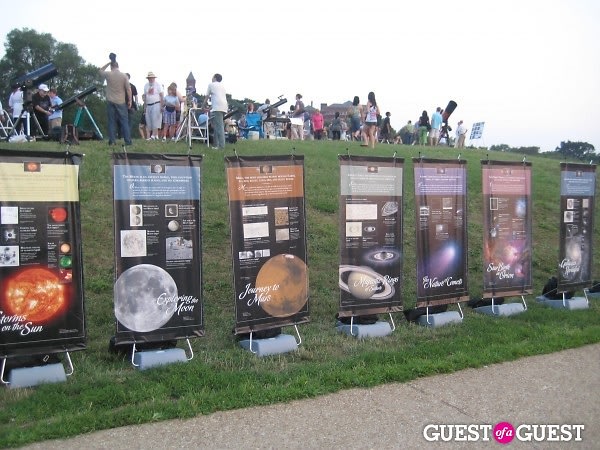 We couldn't help but wonder why people were gathered on the mall in front of the Washington monument last night around dusk.

So we pulled over, hopped out of the car, and approached the crowd.

It turns out Hofstra University's Astronomy Outreach Program partnered with NASA and the Office of Science and Technology Policy to host a night of star gazing.  But it was much more than that.  People were peering at the sun, the moon, and various planets (we peeped Venus).

If only we could have gotten a pic of what it looked like to stare into the 'scope!

One wacky scientist who was present (and also very helpful and knowledgeable) cursed the softball players who kicked the astronomy party over one field's length because it meant the moon would eventually settle behind the monument and therefore no longer be visible to outer space-ophiles.