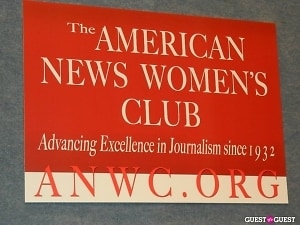 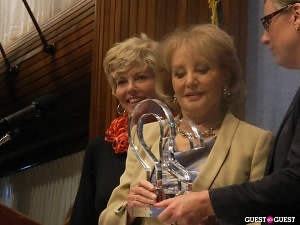 Heavyweights in the world of journalism gathered on Friday at The National Press Club to toast and roast a living legend in the field: none other than Barbara Walters. The American News Women's Club honored Ms. Walters with their Excellence in Journalism Award at a luncheon where Walters was surrounded by friends and colleagues. Stories about how Barbara was not afraid to ask any question (including asking the former prime minister of India if he drank his own urine, which he did, and revealed exclusively to Walters!). Bob Schieffer also told how he scooped Walters during the 1980 Republican Convention with Gerald Ford's interview about how the former President was considering running as Ronald Reagan's running mate and VP.  Apparently Walters could be heard pounding on the door the entire time to be let in the CBS interview.

An "old" beau of Bab's was even spotted in the adoring audience: yes it was former Virginia Senator John Warner! It was truly a love fest at The Press Club and all agreed there is no one more deserving than of this adoration than this trail blazing broadcaster who announced her official retirement after more than fifty years in broadcasting in 2014. 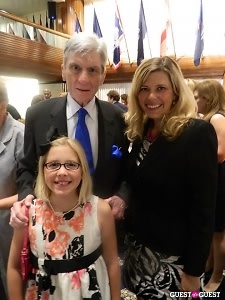 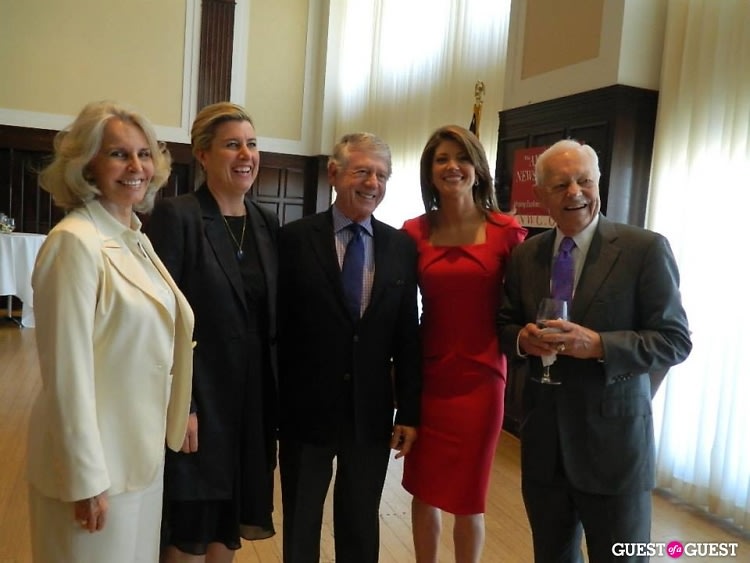 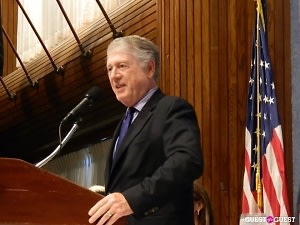 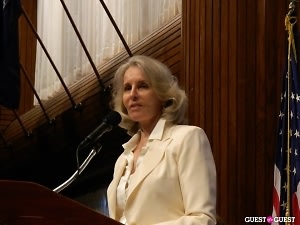