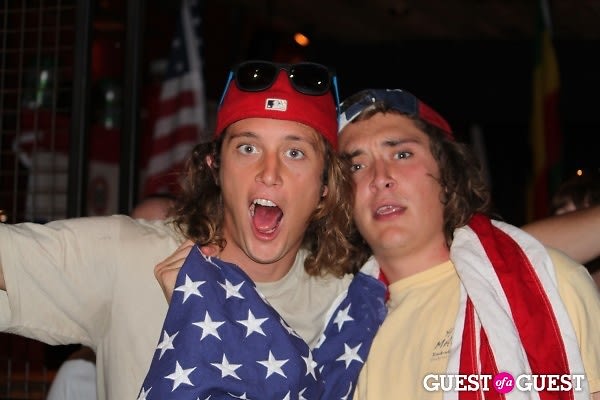 Go HERE for more photos by Arielle Krieger and tag yourself and your friends!

Team USA fans were up early for today's 10am game, and ready to do what fans do best at sporting games; drink and yell and then drink a whole lot more. We were there to catch all of the cheering and chugging action at Public Bar in Dupont as fans skipped out on work this morning to watch the game. Disclaimer: We are in no way responsible for your bosses seeing these photos and you subsequently getting fired for not being at work.

Public Bar is one of the many watering holes around D.C. that has been opening its doors up at 7:30 am for fans to watch their beloved soccer teams. With two floors of game-boasting screens, Public Bar became the place to be this morning to watch the USA soccer team claim a 1-0 victory over Algeria in the last few minutes of the intense game, the first win for USA in eight years, advancing USA to the second round. 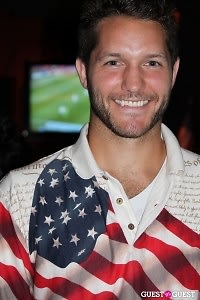 If everyone was at Public Bar and the surrounding bars in the area, who was doing their jobs at work? We asked a few patrons how they were able to leave their 9-5 jobs to attend today's game. Don't worry, we won't rat you out to your bosses...this time at least.

There were a few young professionals who pulled the "late" card, giving no further explanation to their tardiness, there were some who used today as a vacation day, and there was even one fan who was in attendance with her boss! But the best story we were able to catch was an employee who began her stream of lies yesterday, faking sick yesterday afternoon in preparation for today's call to their boss.

"I left work early yesterday, knowing I would want to call in "sick" again today so I could be here to watch the game. I had to make my illness believable, ya know?" - Anonymous USA fan

Yep, we know. Just remember, come tomorrow, you haven't fully recovered from your "illness" and make sure to play up the fake coughs and runny noses while at work. That, or just continue with your daydrinking and use the aftermath of feeling extremely hungover to your advantage tomorrow back in the office. Only then will your bosses not suspect anything suspicious from today's absence from work.