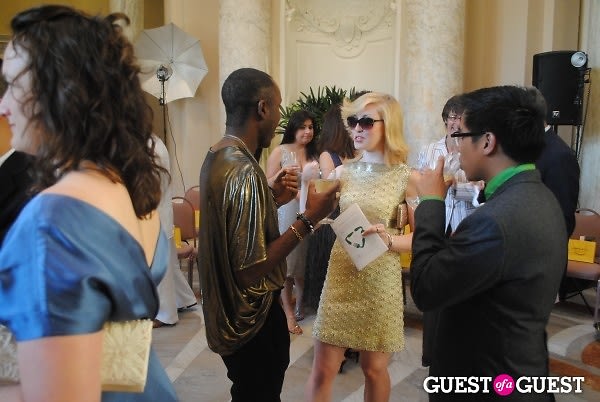 After climbing a significant amount of red carpeted stairs at the Carnegie Institute, guests arrived at last night's Quarter of a Century event.  The evening featured an awesome three-way: a Karen Sabag fashion show, a benefit for the Scleroderma Foundation, and a celebration of host Aaron Macahdo's (you guessed it) 25th birthday party.

Enrolled at GW for event planning and management, Machado had to put together an event as part of his degree.  Instead of throwing a BBQ and calling it a day, Machado went above and beyond to produce Quarter of a Century.

Machado called in Karen Sabag, the Isreali-turned-American designer best known for her bridal collections.  Sabag provided both wedding couture, and ready-to-wear which is newer to her oeuvre, for the show. 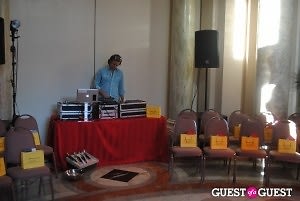 Gracing guests with his beats was DJ Chris Burns.  He spun some obscure house tracks, some Nadastrom, some Ultra Nate, and some of his own personally produced tunes.  A few party-goers were so floored by Burns's skills they practically tripped over their black tie gowns to bum rush him and demand "What are you playing and where can I get it?!"  Bashful but obviously flattered, Burns admitted that he was responsible for the beats.  Business cards, Twitter, Facebook, etc. exchanges ensued.

Somehow the evening went along without a hitch.  Seriously.  I've gone to plenty of events, and something always goes awry.  But last night?  Nothing.  The music didn't stop unexpectedly.  The microphone didn't give out.  No one cried.  No one spilled anything (thank goodness--Aaron was wearing a white tux!) No one got too drunk.  And the fashion show didn't commence an hour behind schedule.

Even the open, in your face, on the spot donation bidding went well.  There were no crickets chirping when the bidding began.  People bid $1,000 and below, but hands were flying up so quickly it was hard to keep track of how many people were trying to donate.

Oh, and to top it all off, Machado's sister, Jessica, has Scleroderma and was thus the inspiration for the charity selection. 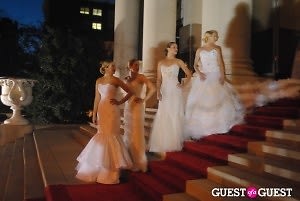 Models bid adieu to guests as they headed home 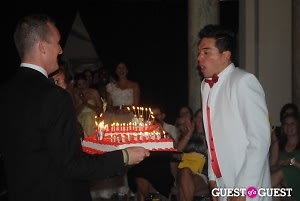 Although he tried his hardest to ignore the birthday celebration portion of the night, Aaron was surprised with two huge cakes, complete with trick candles (it took him a few times to figure that one out!)