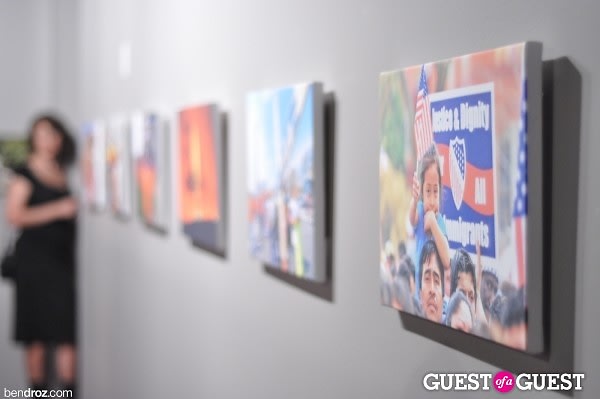 Go HERE fore more photos by Ben Droz and to tag yourself and your friends!

As Columbia Heights continues its rise to popularity as an up and coming D.C. neighborhood (or has it already done been come up?), area resident Ora Nwabueze decided he wanted to help the process along.  Given Ora's connection with The Dunes, a company he started to breathe life into cultural events around the city, it's no surprise that his contribution to enriching the Columbia Heights' cultural atmosphere was a new gallery space and a series of upcoming installments therein.

Located atop neighborhood restaurant Social, The Gallery at Social was open for a sneak peak Friday night.  Friends of The Dunes, along with D.C. cultural aficionados and generally cool cats flocked to 1400 Meridian Place NW to climb above Social for the first time. 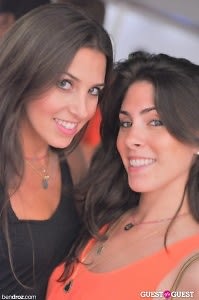 The Gallery at Social will serve as a new space in which The Dunes will regularly showcase local artists as manifested in their many artistic genres and iterations.

Friday night consisted of a number of sensory experiences, including music by DJ Adrian Loving, a video installation by Jocelyn Weiss, cocktails by Marvin's Jake Worth, and photo installations by Pete Muller, Yacouba Tanou and Van Agtmael.

The evening's event served as the first in a series of fundraisers to support local artists' forays abroad, in the name of their respective crafts.  According to The Dunes, Friday marked the:

"debut Sabbatical - a series of fundraising events in support of local artists who are traveling abroad to document international social issues and culture, primarily through photography and videography. This first installment will feature Jocelyn Weiss, a DC-based photographer who will be traveling to Nepal in November."

Weiss will travel to Nepal on a "medical mission trip," during which she will photograph her experience as she navigates the medical standards and atmosphere in Kathmandu, Pokhara, and Sabhung.