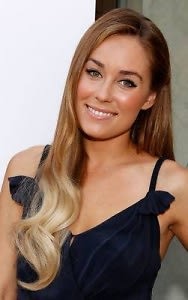 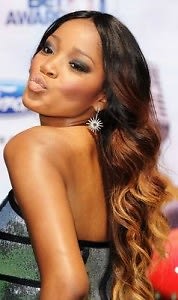 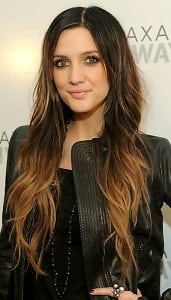 The ombre hair trend has been picking up momentum for about a year in LA and NYC, and is just beginning to pop up in different corners of D.C. When in comes to achieving the look, special techniques have to be applied--it's much more complicated than just foils and painting, and it has to look natural, not orange.

It takes the best of the best to pull off the ombre trick (aka--do NOT try it at home). I looked to the famous Neven Radovic at Nival Salon and Spa in Chevy Chase to help (formerly known as Hela Salon), but the salon suggested I go with their master colorist instead, Ian McCabe. 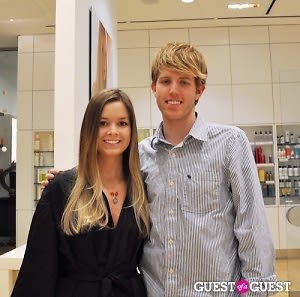 [Ombre hair by Ian McCabe] While he was teasing my hair and putting on foils (his special technique for a natural looking fade), one of his colleagues with pitch black hair asked for advice on how to go blonde overnight. He churned out dye numbers for her from memory, which surprised the colleague and me.

"How long have you been doing hair?" I asked.

"I've been working in salons since I was 16, but did it before then too. I am obsessed with hair. Like, obsessed," he said.

He explained that he wanted to be a hair cutter at first, but after studying hair at Aveda and getting a few years of experience, he realized hair color was more his calling, and what he most enjoyed. At only 25, he is a rising star in the hair world, and the go-to person for hair color advice at one of the top salons in Washington.

Once he was done bleaching parts of my hair, he applied a strip of blue toner, and a strip of violet toner, to get rid of the unwanted yellow and red tints in my hair. The end result, of course, was exactly what I asked for, and a total transformation from before: 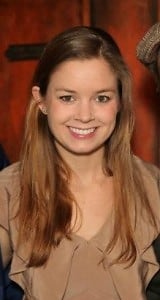 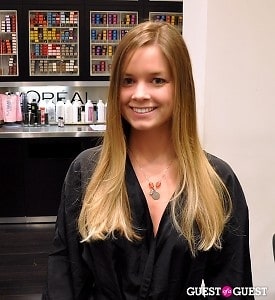 The ombre trend will be spotted around Washington more and more in the coming months as the trend picks up and gains more momentum.

Nival Salon and Spa is located at 5481 Wisconsin Avenue, above Jimmy Choo at the Collection at Chevy Chase. With tip, the ombre look by Ian is about $300--but as Ian noted, it's a hairstyle that lasts a long time because it grows out well.

In addition to the ombre look, Ian said there are two other major hair trends to look out for, and try to emulate:

Ian loves the top knot. "It's huge right now, I love it." Just pile long hair in top of your head, then use a hair tie and bobby pins to keep it in place. 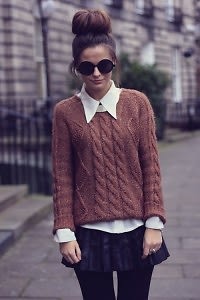 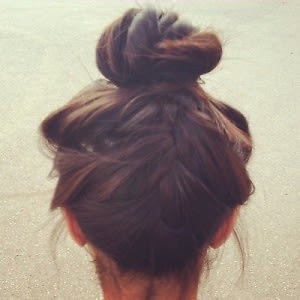 "I keep seeing pops of color, like bright reds, blues and purples, on the runway." It goes along with the trend of bright colors and neons in fashion right now. 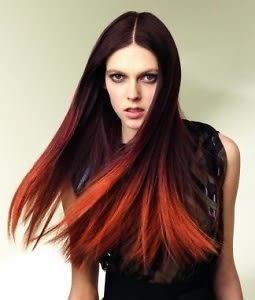 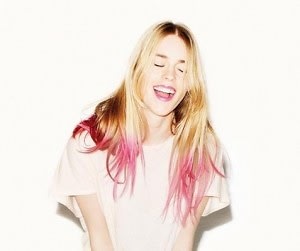 Our intern Lindsay has embraced the fashion tones trend: 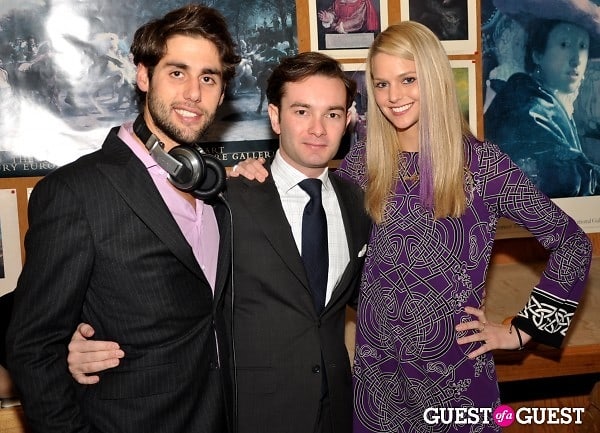 "I don't like feathers in hair." Thank God, neither do we.

[This post was sponsored in partnership with Nival Salon and Spa]