Bethesda Row, that cute alley in Bethesda with all the fun stores, announced the return of its second annual Bethesda Row Boutique Week! There will be an entire week filled with shopping events, styling tips and the Washington, D.C. exclusive premiere of fashion film "Dressed" with the star and director of the film from September 30-October 7.

Boutiques in and near the Row, including Sassanova, Ginger, J. McLaughlin, Luna, Amethyst, Wear It Well, Kidville, Pink Palm, Urban Chic, and MyEyeDr. will be staging sales, trunk shows and more. 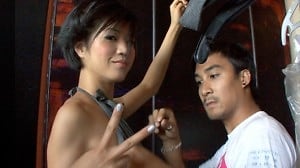 I'm most looking forward to the screening of the documentary "Dressed." The designer and star of the film, Nary Manivong, and director David Swajeski, will be at the event on Thursday, October 6.  The award-winning documentary follows Manivong (a women’s ready-to-wear designer) and tells the story of his rise from homelessness to New York Mercedes Benz Fashion Week and features a host of fashion icons including Simon Doonan, Fern Mallis and Nanette Lepore.

Following the screening, Manivong and Swajeski will participate in a Q&A following the film.  The film screening will take place at 7:45 pm at Landmark Bethesda Row Cinemas and is free to attend! Just be sure to do a quick RSVP email (required) to dressed@brandlinkdcrsvp.com.

Also on Thursday from 5-8pm, Urban Country (7117 Arlington Road) will celebrate its 20th Anniversary Sale with Barclay Butera, whose work has been featured inTown & Country, Home Accents Today, House Beautiful and Elle Décor. The designer will premiere his new home furnishings collection as guests enjoy cocktails and hors d’oeuvres.  Shoppers will receive 20% off special orders and all in-store items, including home furnishings, accessories and gifts, throughout Boutique Week. The event is free to attend; rsvp is ucdesigns@aol.com.

Sassanova will have a Kate Spade trunk show all week and they'll be premiering Bettye Muller for Sassanova (the designer made two styles exclusively for the DC-based shoe boutique--pictured!). Urban Chic will have a Shoshanna Pop-Up Shop and 15% off Shoshanna items.  Ginger is having three trunk shows and giving away Essie nail polish in fall colors with each purchase. Kidville is having a 20% off sale (on full-priced items). For a full list of participating shops, click HERE. 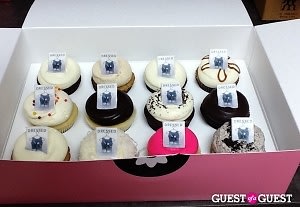 In honor of Boutique Week and the Dressed film premiere, Georgetown Cupcake will be creating Dressed-themed cupcakes all week, available at both the Bethesda and Georgetown locations (pictured). YUM!

Events will be hosted by a select number of stores and will include discounts, designer wear and delicacies. Boutique Week shoppers will also have a chance to win $1,000 shopping spree to Bethesda Row stores and restaurants by registering online at www.bethesdarow.com.

TIP: Bethesda Row is just a few short blocks from the Bethesda metro station on the red line.