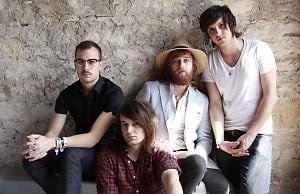 He's the fellow with the ambitious beard.

The track, "Equestrian," is the first single off of U.S. Royalty's upcoming album, and "Equestrian" will be available for download shortly.

Hurry up, guys--we love that song and need it on our playlists yesterday.