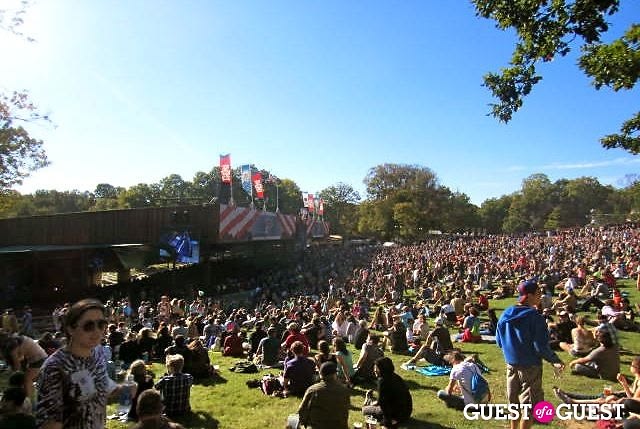 On Saturday, music lovers of all ages flocked to Merriweather Post Pavilion for Virgin Mobile's Annual FreeFest with headliners Skrillex and Jack White. The popular one-day festival is known for its eclectic line up, the wild attractions (this year we spotted a mariachi band and a glowing ferris wheel...) and of course, the free tickets!

The motto of Virgin Mobile FreeFest is perhaps its biggest draw: "We'll Take Care Of The Tickets, You Take Care Of The Karma." Translation? Free Fest has always been about giving back. If you were on top of your game back in August, Virgin Mobile handed out free tickets to festival fans in exchange for a charitable donation.....and from the looks of it, FreeFesters definitely brought the good karma. Over the past three years, FreeFest and Virgin Unite have raised nearly $600,000, generated more than 75,000 hours of volunteer time and created over 25,000 outreach kits, all for youth homelessness. Moreover, festival donations from 2011 built Virgin Mobile RE*Generation House, a youth shelter right here in the District. 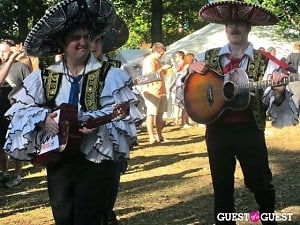 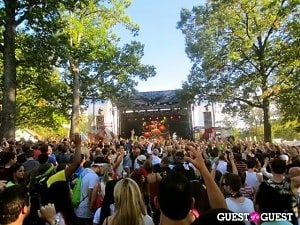 The day itself was absolutely awesome, especially because the cool atmosphere at Merriweather. Even cooler, Richard Branson hid a bunch of Free Fest promos around the pavilion which you could get your hands on by checking in, tweeting and instagramming throughout the day. While we spent most of our time breaking it down in the "Dance Forest", festival attendees had the choice to rock out or mellow down to a wide variety of music genres on three stages. Some of the favorites of the day? Ben Folds Five, Nas, M83, ZZ Top, Thomas Gold, Nervo and the back-to-back joint set by Porter Robinson and Zedd.

While Jack White closed out the Pavilion Stage, the highlight of the festival was most definitely the closing set by Skrillex, who arrived on stage via (we kid you not) spaceship!