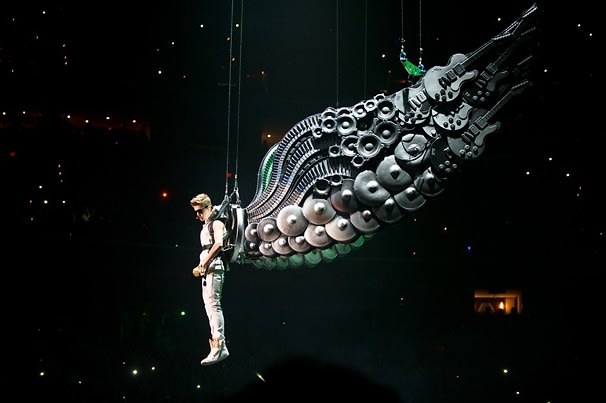 This morning was probably a struggle for the throngs of parents who were dragged to the Justin Bieber concert last night at the Verizon center. Performing in front of a packed house of 14,000, the crowd consisted of (what else) preteen girls and their moms (and the occasional father with Bose noise canceling headphones desperately trying to get updates of MNF). The continually chanting and screeching of the audience was enough to make some heads spin by the end of the first act and certainly induce some headaches this morning.

Some of the more hilarious moments of the show were during Bieb's opening, where he descended onto the stage in an all white outfit attached to massive wings, or when he broke out in one of Usher's old hitmakers "You got it bad" and the mothers in the audience belted the ballad it out to the horror (and confusion) of their daughters.

At 5' 7'', Bieber may not be making any of us weak at the knees, but he certainly knows how to make those preteen hearts break.

On an unrelated note, perhaps the most important handshake was exchanged on the capital earlier that day. Note the segway. 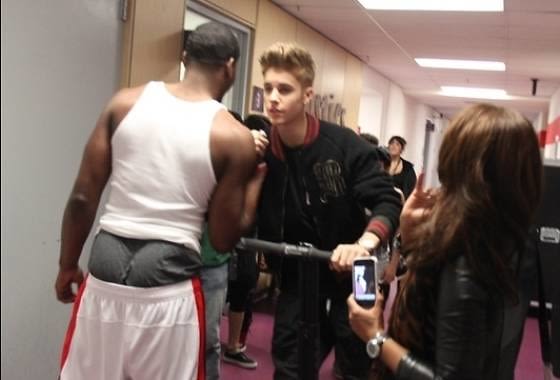