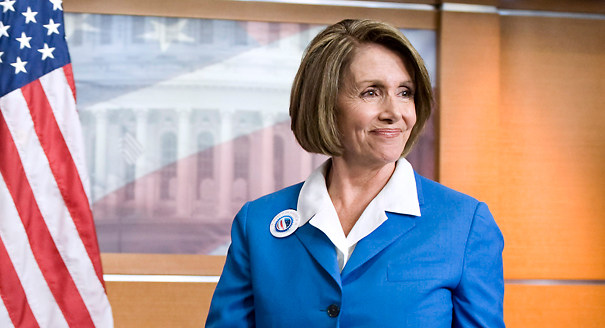 Tonight, Nancy Pelosi is set to appear on the series finale of NBC's 30 Rock. According to the New York Times, the House Minority Leader will appear as herself in a cameo where she gives a mock-television interview denouncing Jack Donaghy  (played by Alec Baldwin) as an “economic war criminal.”

This isn't the first time that Pelosi appears on a prime time show: in 2010, she guest judged an episode of Bravo’s Top Chef DC.

Asked by the Washington Post TV Column why she agreed to appear on 30 Rock, Pelosi said, “I would do almost anything Tina Fey asks me to do.”