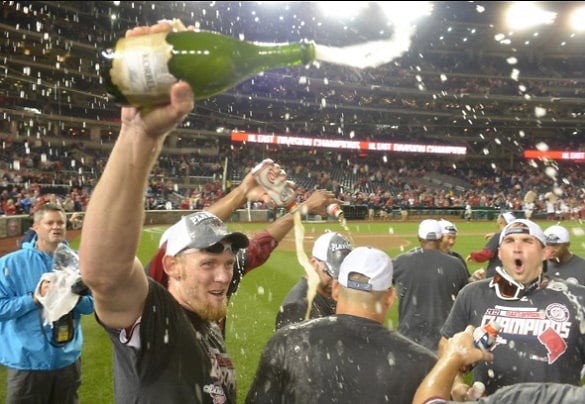 Following champagne and beer showers on the field on Monday after the Washington Nationals won the National League East title, the boys took to the W Hotel rooftop to celebrate, the Reliable Source reported, then late nighted at Ryan Zimmerman's.

Ryan Zimmerman, Gio Gonzalez, Stephen Strasburg, and Jayson Werth among the 20+ players spotted in the crowd. Also in attendance was Zimmerman's fiancee, Heather Downen. The group, which did not include the underage Bryce Harper, arrived around 11 p.m. and closed the bar. (Harper sipped apple cider in lieu of beer on the field). 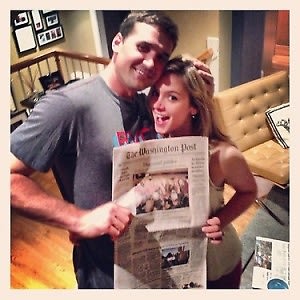 The party continued on with a few revelers at Zimmerman's townhouse in Arlington. Guests stayed up late enough to catch the Washington Post deliveryman, which featured the win on the front page.