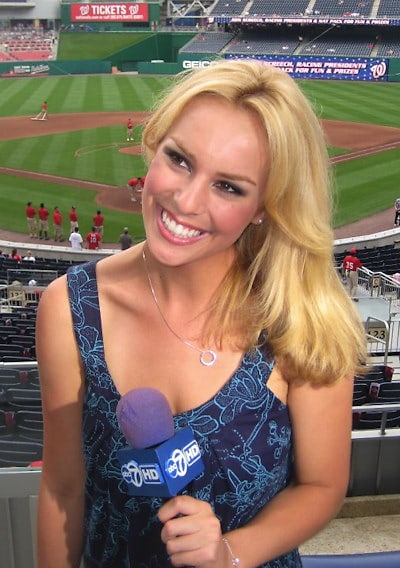 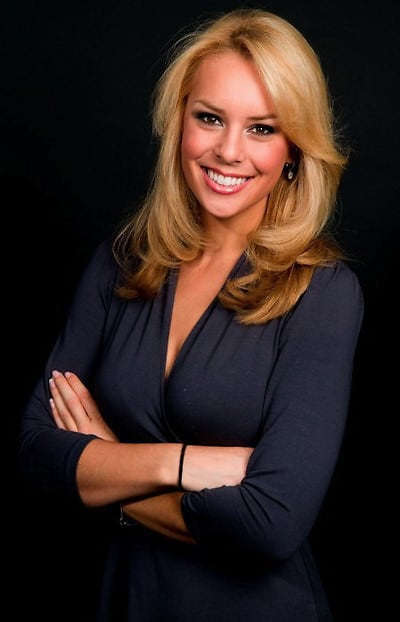 Meet Britt McHenry, the girl that keeps us tuned into the game even after it's apparent our team has lost. She's touted by many as "the next Erin Andrews," and at only 25, has made a huge strides on her own that show she's so much more than that. (But, just in case, keep your window shades closed, Britt!)

She played soccer at Stetson University, grabbed a post-grad degree from Northwestern University's esteemed journalism program, and has started her career in Washington as a sports reporter with a bang.

Tell me something about you that most people don't know.

I love sour candy. I probably have a new bag of Sour Patch Kids on my desk every week. 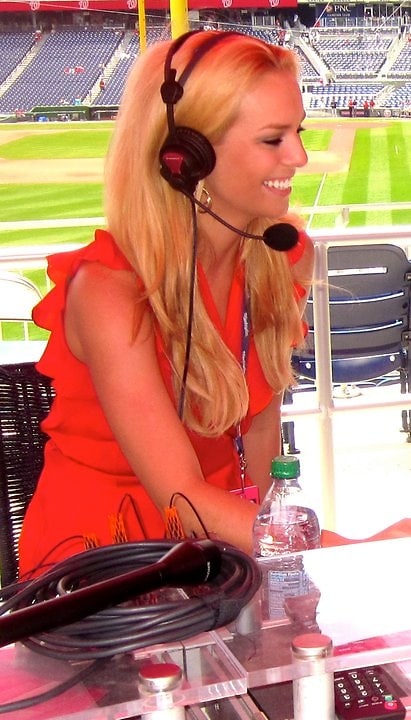 It's a tie; Stephen Strasburg's Major League debut and Mia Hamm's Celebrity Soccer Game this summer. I grew up idolizing Mia, so it was a dream come true to play alongside her.

If money wasn't an object, what one piece of artwork would you want in your home?

I'm not much of an art buff. The closest I've come to buying artwork was a framed 1984 Sports Illustrated cover featuring Ronald Reagan, Patrick Ewing, and John Thompson. I'd probably stick to some type of sports memorabilia.

Who do you most respect in your field?

Christine Brennan. She was the first woman to cover the Redskins at the Washington Post. Christine has a well-rounded journalism career, tackling print, radio, and television. I'm also biased; she was my "Medill mentor" at Northwestern.

Your most embarrassing moment?

My friends can answer this better than I would.

I'd have to say my proudest moment was the first time I anchored sports for ABC-7. At the time, I was just 23 years old and had never anchored a live sports broadcast. It was Easter Sunday, so all of the veteran reporters were off for the day. Fortunately, my bosses saw how hard I was working to transition from news to sports (shooting stories and practicing at the anchor desk on weekends). Still, it was a make-or-break type of situation. The sportscast went well, and what should have been a slow holiday turned into the day Donovan McNabb was traded to the Redskins.

What would you choose to be your last meal?

Since my co-workers give me a hard time about eating this all the time, I'm going to say a Guacamole Greens salad from SweetGreen.

What constitutes "making it"? 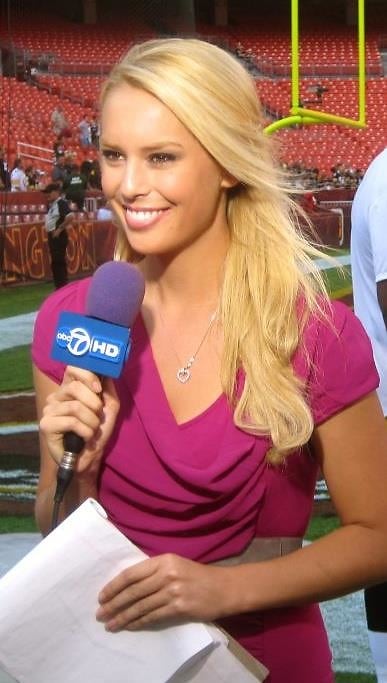 Personally, I think making it is loving what you do so much, it never feels like work; earning a decent living; and being around the people you care about.

I love shopping, but I'm pretty conscious of what I'm spending. Realistically, I'd have to say grad school.

As a former soccer player, I'd say there should be more attention on some DC United players. For example, goalie Bill Hamid grew up in this area and was recently called up to the US Men's National Team.

I'm also a fan of, and good friends with, Hot 99.5's Rob Kruz. I'd suggest the Sport Junkies, but everyone knows and loves them in this area!

Nationally, I think there should be less media attention on Tim Tebow (my Florida friends might now disown me), Lebron James, and the Kardashians.