An earthquake rattled U.S. cities on the eastern seaboard, including D.C. There were building evacuations all over the city, including the Pentagon, the US Capitol, and various highrises in Rosslyn and beyond. 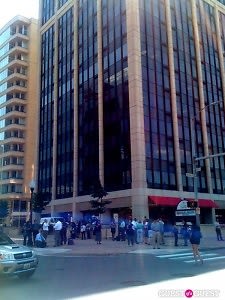 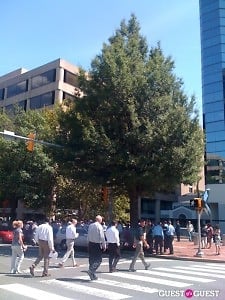 In Rosslyn, an area known for its tall buildings, employees at CVS were talking about what they felt. "I thought a truck ran into the store!" one employee said. The pharmacy had to re-shelve many of the medications because they had rattled off.

Reagan National Airport was closed for a few minutes during the earthquake. One passenger from a flight from New York said her plane circled twice before it could finally land.

CNN reported that there is a lot of standing water from a pipe broken at the Pentagon as a result of the earthquake.

Aftershocks are a concern, U.S. Geological Survey seismologist Lucy Jones told CNN. "People should be expecting (them), especially over the next hour or two," she said.

According to the U.S. Geological Survey, the quake originated from just east of Charlottesville, VA.

The quake hit 5.9 on the Richter scale, according to the USGS. [USGS] 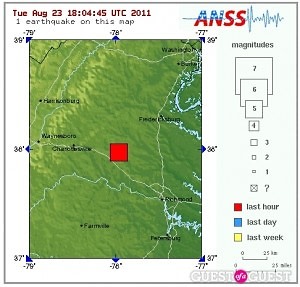 Readers have confirmed that they felt something in Georgetown, Rosslyn, Bethesda, as well as in New York City and the Hamptons.

What's really going through everyone's heads? "Thank goodness it's not a bomb," and "what a perfect day to be outside."