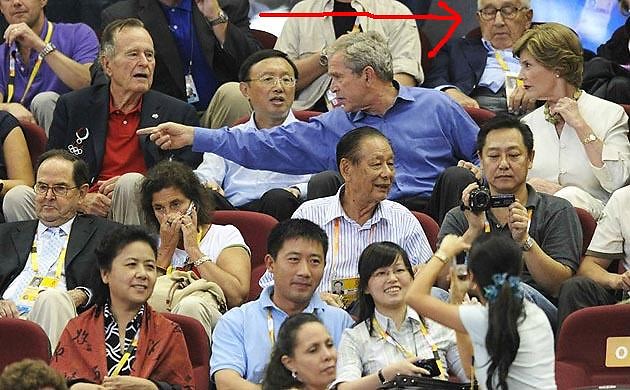 [Photo via The Guardian]

China vs. USA. Basketball. The most widely anticipated contest of the 2008 Olympic Games. Pricetag for the event? Thousands. (Comparable to the Opening Ceremony Tickets). Inarguably, a once in a lifetime experience. Thankfully, most of the crowd understood the magnitude of their luck of scoring a ticket to this event.  Except Mr. Henry Kissinger! 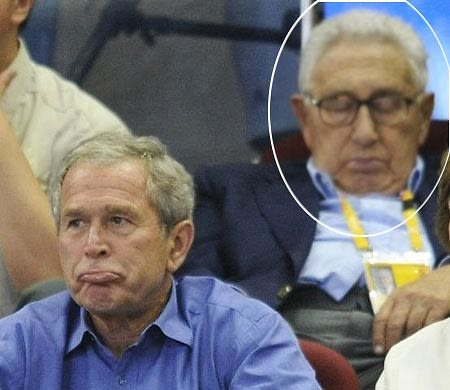 Falling asleep even though you're behind the president of the United States...that I can sort of understand. Falling asleep while watching Yao Ming fall to the U.S. 101 to 70...completely unacceptable. But I suppose we will have cut Henry some slack, afterall he is 85 years-old!  No one was obviously sleeping during the men's swimming relay...