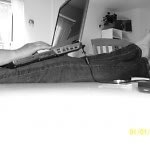 Note from GofG: We have made quite a group of blogging friends here at GofG and, sometimes, get lucky enough to get a post out of them. Today, Quin Browne is here to share with us here experiences on moving to our great city and how "The moment I landed, I was able to announce, "ich bin ein New Yorker!", because, let's face it… you are or you aren't. It doesn't matter if you were born here or moved here … it's in you or it isn't." Which is something we can whole-heartedly agree with....

"You never know where you're going to land in life."

Eighteen months ago, I was settled in the Land o'Utes (aka Utah), having settled there unexpectedly, working as a Production Stage Manager for a theater company, dealing with all that is attached to that, weaving in the threads of single mother and friend and daughter and sister. More of some of those things; less of others. I had $4.25 films every Sunday when I worshiped at the Church of the Cinema 8, a nice house with a place for everything and everything in its place, a clever little SLK230 that was more trouble than she was worth (thus her name, Norma Desmond), and, all in all, a good life.

Some things changed with the circle of life, being a daughter ended, the rest moved on, and life remained calm and steady, with much laughter surrounding me.

A man in a white coat gave me word that changed it all. Suddenly, life was black and white, and I decided to do something I'd never even considered before.

I sold almost everything, put the rest in storage, my kids waved good-bye, I packed a Westie and two bags, and moved to New York.

Okay, it was three bags … I do have shoes.

The moment I landed, I was able to announce, ich bin ein New Yorker, because, let's face it… you are or you aren't. It doesn't matter if you were born here or moved here … it's in you or it isn't.

It was sitting in the back of my DNA, left over from family who had shuffled through the halls of Ellis Island, and then down the Mississippi to New Orleans … New York hung in there, and popped back out in me.

We settled in, the Westie and I. Sublet all over the city, from Brooklyn to Wash Heights to Canal and Broadway (ohhhh, posh!) to 183rd and Fordham.. Yep, I knew the crack dealers by first name. Three lessons learned … that taxi drivers have no idea where the Bronx is ("Um, it's NORTH." "No, I don't know it!" as they sped off), to never rent sight unseen ("I'm sorry, it's on WHAT floor? And what do you mean, if I hear gunfire, don't go near the window?"), and there is no better way to learn and love this city than to move around a bit.

I learned the rules of New York City:

1. Kill the pedestrian, points scored are higher if you are on a bike.

2. Do not speak English or any other known language, especially if you drive a cab.

3. Do not speak legibly when you work for the MTA.

4. Crosswalk signs are there only to look pretty.

6. Just because they are dressed nicely doesn't mean they aren't crazy.

10. If you live in a park, two 24oz cups mean you have indoor plumbing.

I ended up on Staten Island … yeah, go ahead and laugh. I broke rule 8. Guess what? I can afford to eat AND live. Alone. I'm not as svelte as I was when I lived in Manhattan when I could only do one or the other, but ... oh, who am I fooling? Still, I have the Ferry to make up for it, and, I have to tell you—there is something about standing on that bow, watching the skyline come into view, no matter if it's a sunny day or when it rises out of the fog, or in the dusk, with the wind off the River that isn't a River... feeling the excitement of the tourists, watching them snap photos—they point and pose and I think … Yes, it's my city. LOOK at it … it's full of stockbrokers and actors who are waiters, and waiters who are directors, and assistants and lawyers and crooks (sometimes one and the same) and more Starbucks than should be legal.

Good food is sold from carts ... don't question it, however, and if you buy a purse next to a food cart … well, more than likely, the skin that made the purse and the meat in your meal came from the same animal. We've know it's Spring when our bums who come out of the subways, see their shadows, and move to the park; there are dogs who wear more expensive clothes than I do; women who have more plastic in their faces than their wallets; clubs that cater to every vice; cars, bikes, languages and a paper for each language … sit and listen, the words fall into your ears.

Want to know where you are? Sniff the air … what do you smell? Money? You're in SoHo or down on 5th. Knockoffs? Chinatown. Spices? Any of the ethnic markets … pick a nationality, a sub-nationality, we've got it covered. There are bridges and buses and trains that run everywhere, all the time, and within the stations are buskers (Rule 5) of all sorts. Once you know the buskers, you'll know what station you are in, without looking. You find yourself thinking nothing of taking as much time to go from one place in the city as you would to fly from New York to Denver. It's just what you do to get around.

I love the feel of the air being pushed ahead of the trains, the cool feel of it on a hot day. I want to announce to the tourists standing at the turnstiles when the trains are coming in, "Swipe and go, people, swipe and go!". Messengers and delivery boys fly by, yelling at you, and they aren't yelling "Good Morning!" (Rule 1). Umbrellas fight for places on sidewalks in the rain (Rule 9), little old ladies elbow you out of the way at the deli, and the pizza will knock your socks off. Artists hold garbage crawls to make art, you find theater in every nook and cranny, and writers abound,even on Staten Island.

Surging off the Ferry with the crowd, I am full of the energy of this place … a place where you are alone among the masses, or you see it as a small neighborhood full of your friends. I've gone from the South to the West, being concerned with schedules and what others think, to living in an apartment smaller than my old living room … on a aerobed with a slow leak. I have a drawer full of take-out menus. I eat cold leftovers … and enjoy them. I walk everywhere (Rule 4), when before, the idea of walking caused me to hyperventilate. It will be difficult to go away, as I must. You never know where you're going to land in life, or for how long. I found my voice here... it will stay with me, even when I leave. I'm proud I can always say …