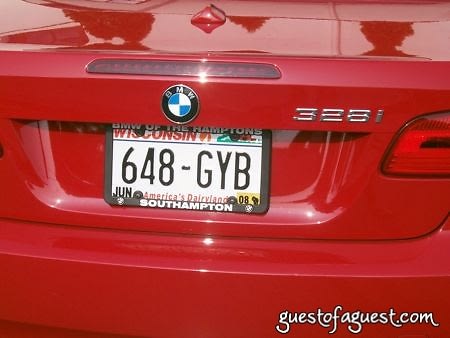 For me, middle America has always been shrouded in mystery. Even Ohio, which I've visited, remains (usually) delightfully foreign. When I found out Rachelle was from Nebraska, I was thrilled. A keyhole into another world! One with tomato beer and fried pickles and families living within shouting distance of one another.

And then, this past weekend, I met two guys from Kansas and another girl from Nebraska, which got me thinking that perhaps the midlands aren't as self-contained as I'd thought. Further proof of this speculation turned up outside the Candy Kitchen in BHamp yesterday. Readers, how many of you hail from the middle; and what drew you here?