Rom-com queen Drew Barrymore is having a big year. Between getting engaged to beau Will Kopelman and dodging pregnancy rumors, Barrymore still found time to indulge in one of her off-screen talents, too. Joining the likes of AC/DC, hockey player Wayne Gretzky, and the band Train, Barrymore recently announced that she's breaking into the alcohol business-- with her own wine. Check out how Barrymore's Pinot Grigio compares to these other celeb wine labels below.

Details: The 2011 Pinot Grigio will be available in California this spring and throughout the country over the following months. According to Business Insider, Barrymore will be working with Wilson Daniels Wineries. Wilson Daniels released a fact sheet with more info on Barrymore Wine:

For Drew Barrymore, it was the journey that propelled her to delve into the world of wine and with an eponymously named Pinot Grigio. A fan of crisp, fruity white wines, Barrymore has created a wine that reflects her style and personality: fresh, dynamic and fun. 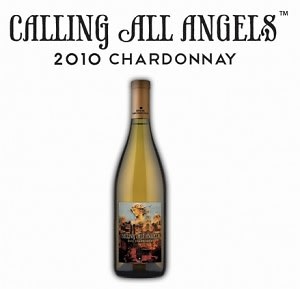 Details: Drops of Jupiter is a 2009 Petite Sirah and is part of the band's Save Me, San Francisco Wine Club. Visit the site to learn more about Drops of Jupiter and their second wine, a 2010 Chardonnay called "Calling All Angels." A third wine called "Hey Soul Sister" seems inevitable.

Price: Only available in Australia...for now

Details: Warbun Estates, one of Australia's best wineries, is behind the AC/DC wine collection...because nothing goes better with heavy metal than a fine wine. 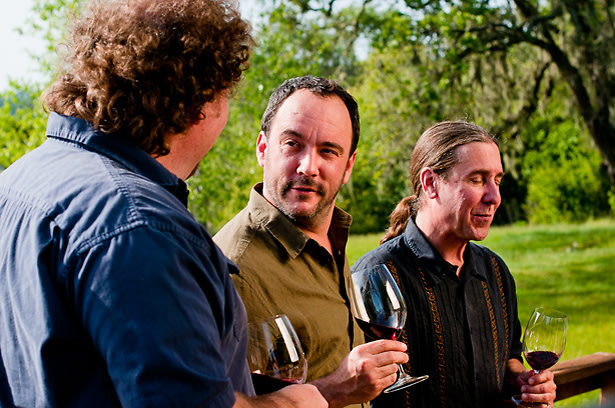 Details: Award-winning vintner Steve Reeder is the brains behind Matthews' wine collection, and he's spoken about the collaboration, saying: 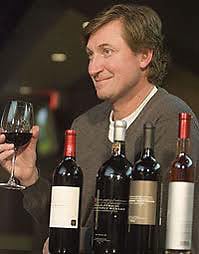 Details: The former hockey pro owns not just a line of wines, but an entire vineyard in Ontario, Canada. His wines include a 2008 Riesling, a 2008 Chardonnay, and a 2008 Merlot.

Details: Antonio Banderas purchased a vineyard in his native Spain in 2009, and has been producing red wines and roses since. According to The Drinks Business, Banderas spent an hour at a Miami wine shop earlier this week signing bottles of his wine. 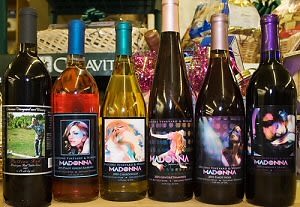 Details: The Material Girl's father has owned and operated Michigan's Ciccone Vineyard since 1996, but he didn't think of launching a line of wines named after his famous daughter until 2006. Madonna Wine is available in five varieties, and each bottle features a photo of the singer.