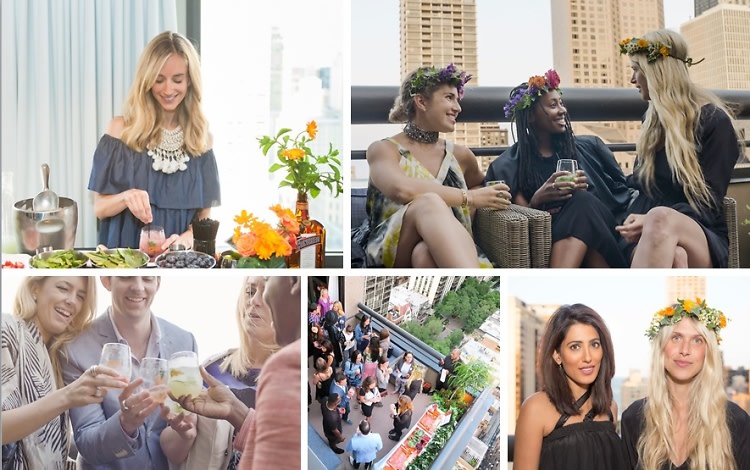 Guest of a Guest hit the Windy City on Tuesday for a very special summer soiree with Cointreau at the swanky Thompson Hotel. Hosted by GofG founder Rachelle Hruska MacPherson, designer Azeeza Khan, and Stone Fox Bride's Molly Guy, the rooftop bash celebrated the launch of Guest of a Guest Chicago and brought out the likes of Jeremy Rothschild, Anne Owen, Jena Gambaccini, and Eva Daiberl. Between taking in the stunning views of the city and trying on boho-chic flower crowns by Stone Fox Flowers, guests took to the bar to create their very own Cointreau Rickeys. Click through for an inside look!