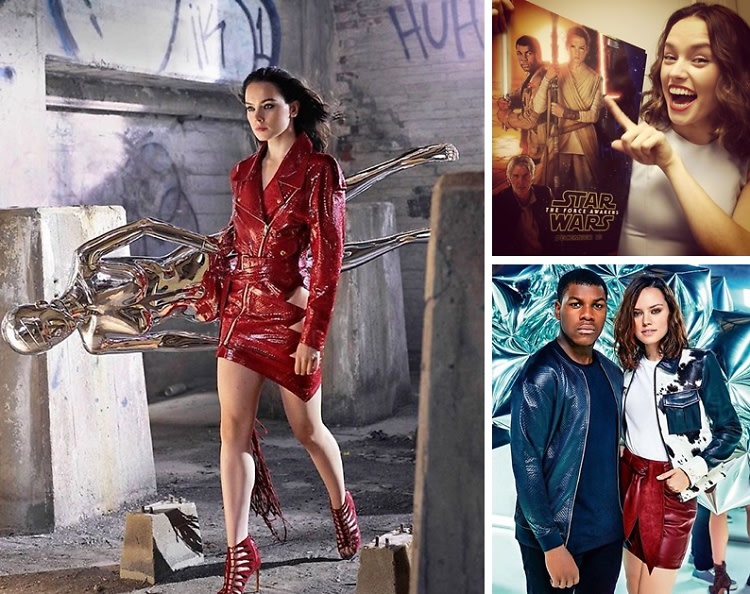 London-native and Hollywood newcomer, Daisy Ridley is soon to be the name coming out of everyone's mouth. Ridley stars as Rey in the 2015 Star Wars: The Force Awakens film, to be released this December. Who exactly is Rey? Director J.J. Abrams, production company Lucasfilm, and soon-to-be superstar Ridley have all been keeping mum - but there are rumors that *SPOILER ALERT* Rey just may be the offspring of Hans Solo and Princess Leia. We can't tell you much more about the mysterious Rey, but here's what we can tell you about Ms. Ridley!