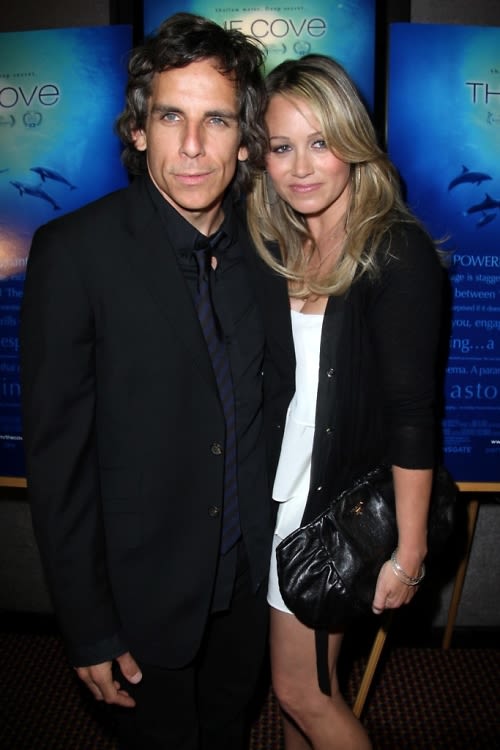 Ben Stiller is the actor son of actor Jerry Stiller and husband of actress Christine Taylor. He has been a major star since 2001\'s There\'s Something About Mary and he has had success with Zoolander and the Meet the Parents franchise, and the Royal Tenanbaums. His early acting years included sints at Saturday Night Live, on Broadway, and had his own show on MTV, The Ben Stiller Show. He is friends and co-workers with Jack Black, Vince Vaughn and Steve Carell among other members of the so called \"Frat Pack\" of hollywood actors.

The School of American Ballet: A Fall Affair | Thursday October 16, 2014

The Cinema Society With Chrysler & Bally Host The Premiere And After Par... | Monday December 10, 2012

Celebs Save The Dolphins, Or At Least Watch Movie About Saving The Dolphins | Thursday July 16, 2009