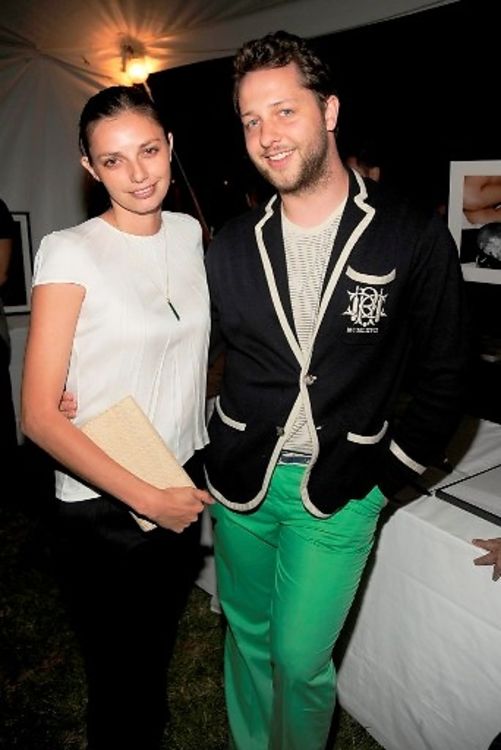 Derek Blasberg is a fashion writer, acting as the Editor at Large for Style.com, Senior Fashion News and Special Project Editor at V and VMan, and a contributing editor at Harper\'s Bazaar.

Derek was born and raised in St. Louis, Missouri. After graduating as salutatorian of his high school class, he moved to New York City to study at NYU. In 2004, Derek graduated with honors and degrees in Journalism and Dramatic Literature.

While at NYU, Derek had written a fashion column for the school paper, and interned for large fashion publications such as Women\'s Wear Daily, W, Vogue, and V magazine.

He has since been working non-stop. He writes for Harper\'s Bazaar, Interview magazine, and London Sunday Times. He has assisted authors with the editing of their books, and in April 2010 Derek released his own book. The book is called Classy: Be A Lady Not A Tramp and gives advice, aimed to young girls.

How To Be The Least Boring Person At A Party | Wednesday December 21, 2016

Tribeca Film Festival Kicks Off With 'The First Monday In May' | Thursday April 14, 2016

Ferragamo Celebrates The Launch of L'Icona | Wednesday May 1, 2013

The Kills Take Over Montauk With Epic Show At The Surf Lodge Last Night | Monday August 20, 2012

Derek Blasberg And Alexa Chung Find All Things Fashion At The Rodeo At M... | Monday January 9, 2012

Derek Blasberg Gives Us A Sneak Peek Into His "Classy" Life | Thursday April 15, 2010

A Night to Benefit Haiti at Thompson LES | Thursday January 21, 2010