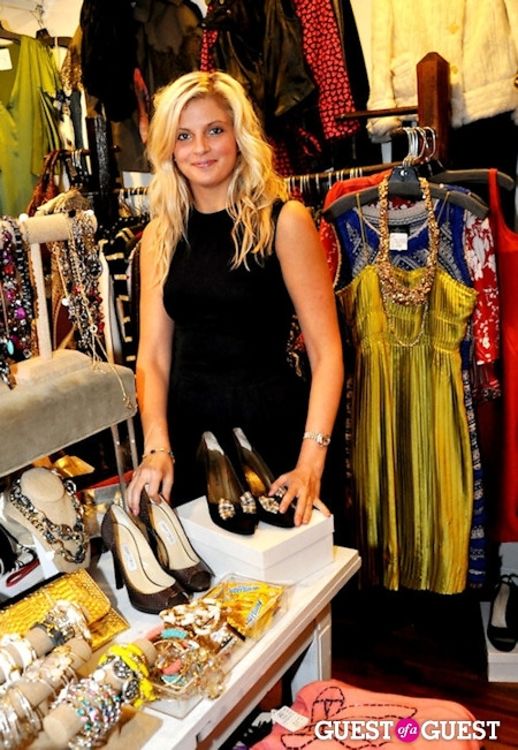 Krista Johnson is a Washington socialite and owns Ella-Rue, a popular high-end secondhand boutique in Georgetown.

Johnson is a native of Middleburg, Virginia.

Before lunching Ella-Rue, she co-starred alongside Katherine Kennedy and Sophie Pyle in the docu-drama Blonde Charity Mafia. After a year of drama and delays, the show ultimately aired overseas on MTV and Star! in about two dozen countries but never saw the light of day in the states.

All That Glitters Is Silver And Gold Holiday Party | Thursday December 6, 2012