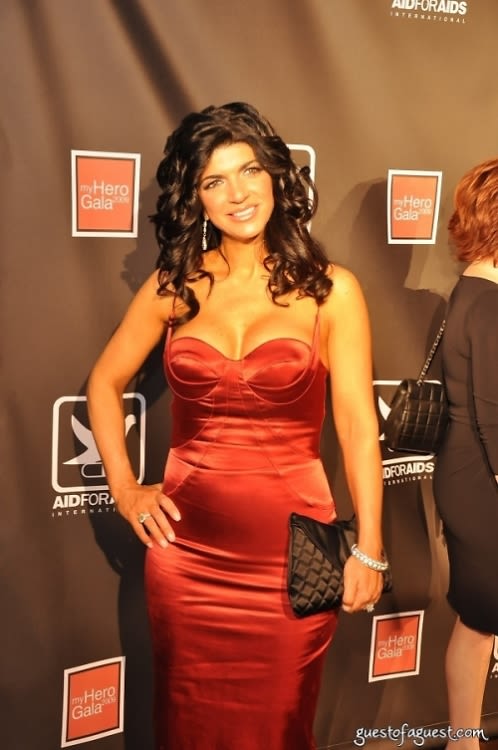 Teresa Giudice was born and raised in Paterson, New Jersey. Her parents emigrated from Italy and raised Teresa and her brother Giuseppe as Italian Catholics. Teresa attended Berkeley College and received a degree in Fashion Marketing and Management. She went on to work for Macy's in NY as an associate buyer.

Today, Teresa is a stay at home mom that prides herself on not using the help of any outsiders in managing her family or household. She started an online boutique called TG Fabulicious and wrote a book, "Skinny Italian" which hit stores May 2010. Teresa has also been featured in many publications including US Weekly, InStyle, InTouch and Life&Style. She even had her own column in OK! called "Teresa's Culture Vulture."

Teresa met her husband of 10 years, Joe, while living in Paterson, NJ. Today they have four daughters together-Gia, Gabriella, Milania and the newest addition, Audriana. They currently reside in Towaco, NJ with their four daughters.

Teresa is probably best known for her role on Bravo's The Real Housewives of New Jersey which began in May 2009. The show is in its third season and filled with more drama than ever. Teresa is known for her many shopping sprees and recently had to file for bankruptcy with her husband, after having compiled $11 million in debt. Her infamous line on the show, "People make fun of Jersey girls... I think they're just jealous."

NYC Nightlife: Everything You Need To Know Tuesday | Tuesday May 10, 2011

The Real Housewives Of New Jersey Turn (Over?) The Tables On Aids | Wednesday December 2, 2009