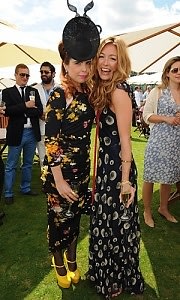 The 26th Annual Cartier International Polo was held in London on Sunday and served as a splendid closing to the London summer social season, with even the fickle English weather playing nice.-

The celebrities joined other VIPs in the Cartier marquee where they enjoyed bottles of Cuvee Cartier champagne, Pimms and a lunch by leading chef Anton Mosimann.

Among those we were surprised to see at a polo match in London, included American actors, Leslie Mann and Tommy Lee-Jones. 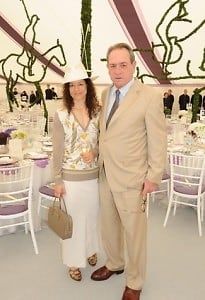 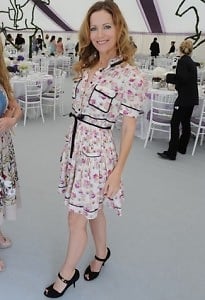 Turns out Tommy-Lee (the older craggy one, not the other half of Pammy's sex video) who has been busy filming Captain America in London, has actually been a keen polo player for the better part of three decades.

Leslie Mann, on the other hand was experiencing her first time watching polo, and she was excited less by action on the field than off it: “I’ll hopefully get to see the princes!” she said. While the young William and Harry were not in attendance, daddy Prince Charles was on hand to present trophies at the end of the match. 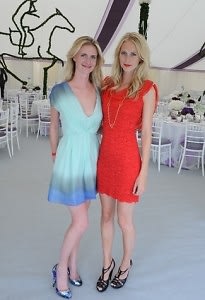 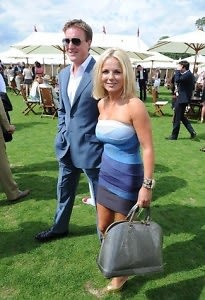 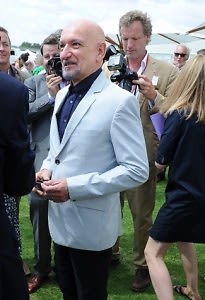 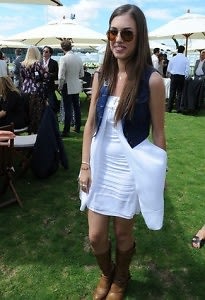 Where would the polo be without some knighted thespians (Sir Ben Kingsley); What do you get when you mix a supermodel of the 80's (Yasmin Le Bon) with lead singer of hottest 80's band that ever lived (Simon Le Bon from Duran Duran) = Amber LeBon, world's hottest celebrity daughter. 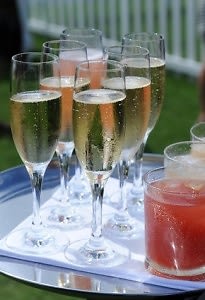 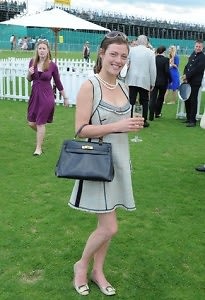 After the sporting event was over, A-list guests and celebrities joined other revellers at the after-party, held by private members' nightclub Chinawhite.

The champagne was in full flow as the guests danced to music by acclaimed DJ Pete Tong until the early hours.

For more on polo, make sure to check out GofG's "Quintessential Guide to Preppy Sports: Polo".

[Photos via WWD, except Cat Deeley/Paloma Faith from InStyle UK]