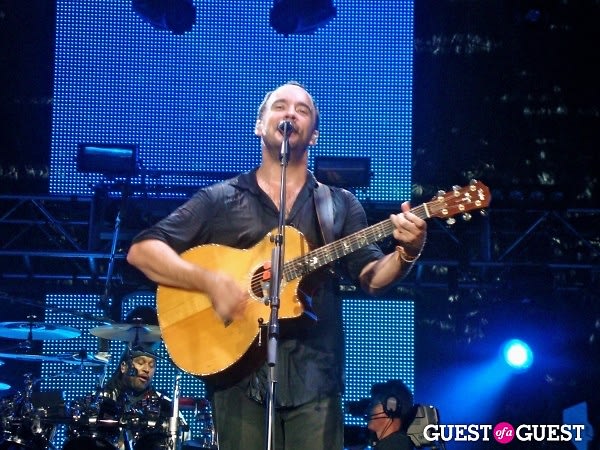 Go HERE for more photos by Gabrielle Bluestone and to tag yourself and your friends!

When it's a Friday afternoon and the sun is beating down, heating up D.C. to more than 100 degrees, what do you do? If you're Dave Matthews Band devotees like we are, you hit up Nationals Park for what turned out to be a very solid, very good, if not somewhat predictable, set. 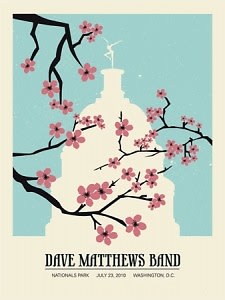 After wriggling our way up to the second row, Team GofG learned a few things about Dave concerts long before the Zac Brown Band even hit the stage to open the show.

- Many of the fans directly in front of us, leaning on the rail, waited on line at the home plate gate for 12 hours in what we can only describe as BLAZING HEAT

- These fans, easily recognized by their LoVE pins, work together to ensure the front row is FAN-ATICS only (we got elbowed out, so harsh!)

- Real fans come prepared with signs. Song lyrics, declarations of love, it doesn't matter. But if you're front row and not covered in sharpie, you're going to get elbowed out (see above).

- Even though it was rocking and we loved it, and even though Dave's sister was actually there! 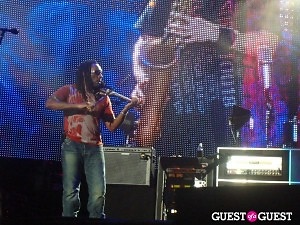 I'm not really sure what to say about Zac Brown Band. They're a solid country group, but apart from Chicken Fried, their songs all seem to bleed into each other. Except, of course, for their their last song on stage, a raucous heavy-metal sounding tune that we could have done without.

Once the sun went down, the show started and smoke clouds began to rise above the crowd, DMB came out for a solid, jam-filled set. Drummer Carter Beauford killed it as usual, rocking a drum solo until we thought our heads were going to explode, and Boyd Tinsley blew our minds, fraying strings on his violin in a SICK solo on Jimi Thing -- and believe us, people were definitely celebrating it by taking "a taste of what's mellow."

The set was jampacked with DMB hits from more recent years, like Big Eyed Fish, one of our favorite songs Stay or Leave and quite a few songs off their most recent album, Big Whiskey and the GrooGrux King. A few classics also made it, including an awesome Two Step and One Sweet World.

Also, in a somewhat historical turn, Dave brought Zac Brown out for a duet on Willie Nelson's Ain't It Funny, making it the first time in the last ten years or so that the song has been played in a DMB concert.

The encore was a stellar 1-2-3 of Sister>Cornbread>Ants Marching and though it made us sad to see the show come to end, we couldn't help but dance like crazy -- despite an outbreak of what may have been tear gas that left many of the front-rowers coughing and crying.

After battling our way out of the crush of people spilling out into Southeast D.C., it's back to the real world -- unless we quit our jobs and follow Dave around for the rest of the tour.