Last night we quickly caught up with Chris Brown and Chita Rivera as they attended the opening night of Rain, the Broadway tribute to the Beatles. Find out why C Sizzle associates the Liverpool boys with N-Sync and which Beatle Rivera had the hots for:

Chris Brown, after signing an autograph for an insistent little kid in a Mets jacket, told us about his atavistic vision of the Beatles within the trajectory of pop music's development. 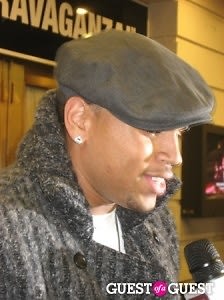 He described how the Beatles led the way for the 90's groups like the Backstreet Boys and N-Sync to emerge that then cleared the way for his R&B rise.

"[The Beatles] started the boy bands," he told us. "all in all they set the foundation for us young guys, the generation now here."

Chita Rivera told us that she had done some concerts the Beatles at the London Paladium and then another "spectacular" in Liverpool,

"I was involved with the guys...I called them 'the guys,'" she said

She remembers the pandemonium that followed the Beatles wherever they went, a phenomenon she experienced first-hand when trying to fly with them from Liverpool to London.

"They get on a plane, and all the kids break the barriers and they run all over the landing field, 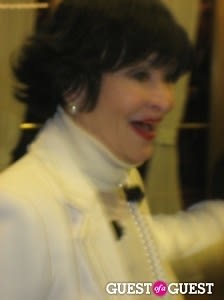 Through these epic fan rushes, she said she found George Harrison the sexiest of the four Beatles; when pressed for an explanation, she could only muster,