Gary Cass, scientific technician at the University of Western Australia, and contemporary textile artist Donna Franklin have created a ground breaking fashion statement sure to be a great conversation starter at any party: the wine dress.

That's right, this dress is made of cellulose, somewhat similar to cotton, through a biological fermentation process.  The result is a skin like material, which is formed over the red wine. However the ingenuity doesn't stop at red wine-- scientists have also worked with other alcoholic beverages such as white wine and beer to create different colored dresses, giving a whole new meaning to fashion taste.

Cass and Franklin are calling this the 'Micro'be Bioalloy' project.  The idea is that this new fabric will grow and form itself without a stitch. And while the project has had a lot of success, there are still some issues to smooth out.  One being that when the dress dries out, it is easily torn.  Also, the idea of wearing something that has been fermented is not the most appealing notion to the general public.  Despite these issues there is no doubt that Crass, Franklin, and their team have made a huge (and interesting) step in fashion. 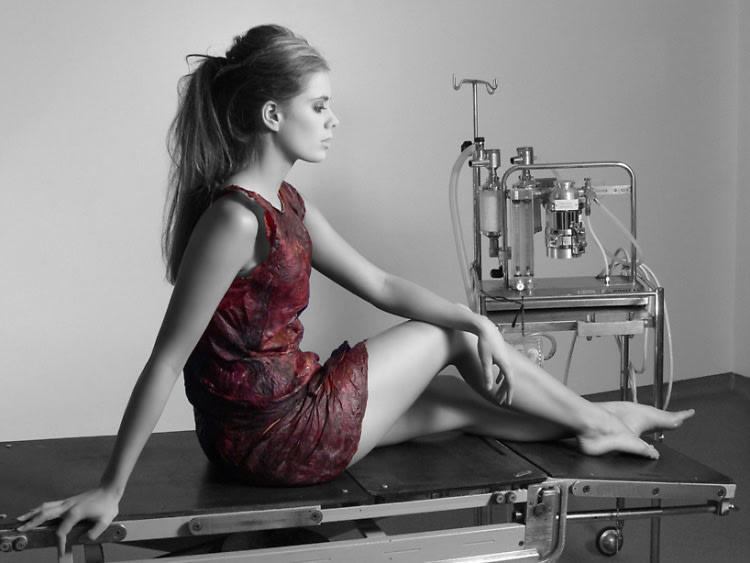