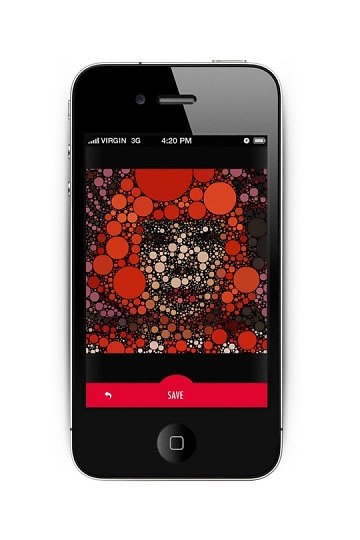 Louis Vuitton has collaborated with designers and artists before, and this summer the brand will be be releasing their newest collection. The collaboration, a polka-dotted line with Japanese artist Yayoi Kusama, will appear in stores on July 10th, two days before a Kusama retrospective exhibit is set to open at the Whitney Museum of Art.

News of this project comes just days after Louis Vuitton was named the world's most valuable brand for the 7th year in a row. Initially, Louis Vuitton will be releasing items such as trench coats, watches, and silk pajamas covered in the artists' signature polka-dots. In the fall, a second collection will be released featuring Kusama's designs on the brand's iconic monogrammed leather products.

In conjunction with the collaboration, Louis Vuitton will also be releasing an app for people who want to check out-- but don't want to buy-- the collection. The app will allow users to take photos and customize them with Kusama's many motifs. The app is available in both English and Japanese, and is focused more on the design aspect of the collection than shopping.

Marc Jacobs, who is the creative director of Louis Vuitton, spoke to Vogue about the benefits of the app:

"For many people who don’t look at art or go to galleries, or maybe they’re not aware of Kusama’s work, there will be a new venue, a new place to see this work and to come to appreciate it through the eyes of Louis Vuitton.”

Click HERE for more info on the collection and the app!