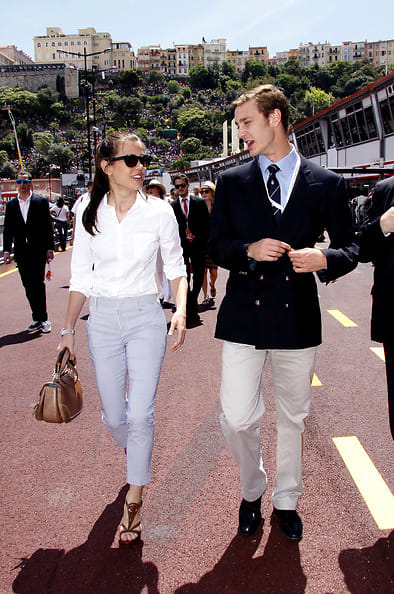 The Monaco Grand Prix is a race that tests a driver's endurance, skills, and ego. The twisty streets of this small principality on the Cote D'Azur provide limited seating for attendees. The Grand Prix can be considered a spectator sport in two respects; the first is the race itself; the second is enjoying the outfits selection by the attendees, which include royalty from around the world. The attire for this event is a refined-casual, think brunch at The Carlyle. When: May 23-26, 2013 Where: Monte-Carlo, Monaco To purchase tickets for the 2013 Monaco Grand Prix go HERE! [Charlotte Casiraghi, Pierre Casiraghi; photo via]
1 of 5