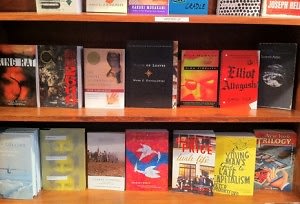 Thanks to The New Yorker, I am now aware of the Hipster Lit section of Bookhampton in Sag Harbor. Yes, that's right, they have now even claimed their own literature section. But what exactly is considered "Hipster Lit"?

Well, according to the New York post, here are the titles that were listed: 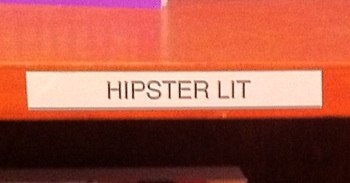 Because I am not a hipster myself, I cannot be the judge of whether this is a proper selection for such an audience, however I will tell you that Hamptons hipsters are called "Hampsters", so I would probably guess that most of them can be found in this particular section of Bookhampton in Sag, should you be interested in affiliating with such a breed.

[Photos via The New Yorker]