You know the old predicament where it's gorgeous beach weather, but you just want to post up at a bar and drink? There's a little secret hidden in Amagansett that solves this age old issue. Drive on Route 27 through Amagansett town and turn right on Indian Wells Highway, park your car when the street ends and hand a right on the beach. Oh, whatever you do, don't forget to bring a 30-rack of beer. You're going to need it.

The scene at Indian Wells on any given weekend day is so much better than any beach-side bar found anywhere from Southampton to Montauk. Think about it, you get to lay in the sand, you don't have to pay $12 for a drink, and you most certainly don't have to wear shoes. Most partiers on the beach have barely even given their hangover a chance to settle in before cracking open a cold one and beginning the drinking festivities of yet another day. 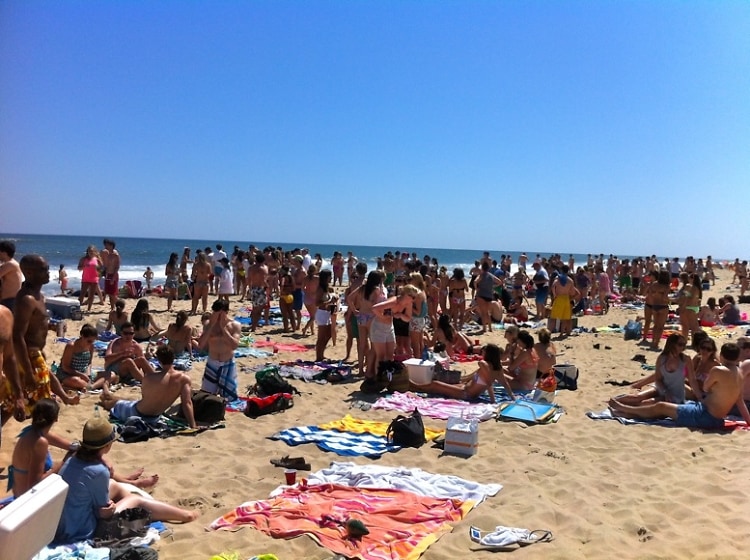 There is certainly no 'beer only' rule at this informal beach party, because the popping of champagne can be heard throughout the day, and hard liquor is obviously consumed as well. But be logical about it, how long can you drink vodka in the sun for and maintain a level of consciousness that will allow you to go out later that night? 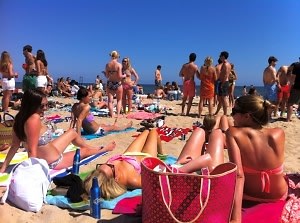 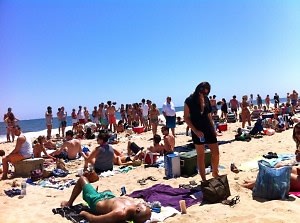 This place is prime for people watching, and overhearing conversations on how the nights of the people surrounding you went is plenty to keep you entertained for at least a few hours. So make some friends, get your drink on and enjoy the most laid back beach party the Hamptons will ever host.