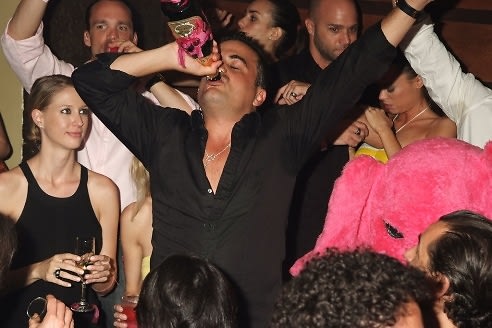 While we were playing prepie in Quogue circa 1920, some guy named Nir was having a hellava time at Pink Elephant at the Capri. There were so many photos in this batch by Rob Rich that could all be the at the top, but I thought I"d give it to the bday boy. Jamie Mulholland and Jayma Cardosa even made the trip from Montauk...Also, it looks like the deck is open in certain cases, as there"s photos of girl talk going on outside.