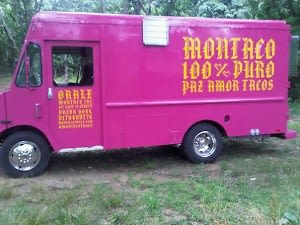 Hecho con Amor is its mantra. A mobile taco stand is its M.O. Serving only the freshest food from the purest ingredients, it's no wonder the Montaco truck is such a hit out in Montauk. Muy delicioso!

Hamptons Magazine included it in their "east end eats" taco report, and it's been the talk of Twitter, Tumblr and Facebook among Montaukians this summer (my, what an internet-saavy truck!) This mobile food stand went, well, mobile this summer with and aggressive social media strategy, including a personalized Montaco social media sites...of course, that's in addition to its traditional website. Follow them on Twitter to find out where to get your taco fix (and, of course, to hear about the latest tortilla-thieving Jitneys...)

The truck can be seen driving all around Montauk during the day, as well as late into the night on weekends - taking after the famous "street meat" of NYC and drawing in the drunk crowds from the likes of The Surf Lodge, The Point, or Memory Motel. Chef Domingo Garza has worked with owner Mars Ostarello in creating a menu (see below) mixing Montauk fresh (like Mahi Mahi and mint-limeade) with Ostarello's Californian roots (think guacamole, homemade chips, and, of course, TACOS). The result: pure deliciousness. Be sure to check out Montaco while you still can! 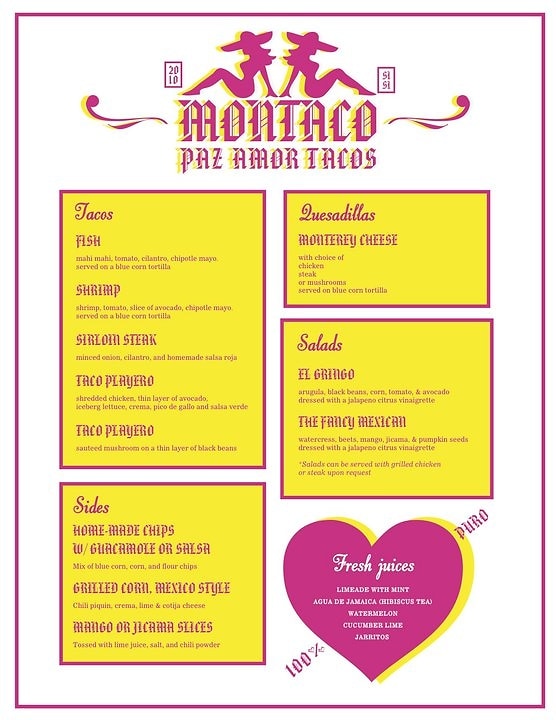