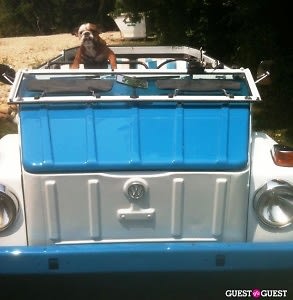 Our little boy has grown up so fast...yep, Stanley's finally graduated off his big wheels and found himself a hot new ride to cruise around the streets of Montauk.

Known in the US as "The Thing," the Volkswagen Type 181 "Kurierwagen" was only in production from 1969 to 1983 (1980 for civilians) and has since reached cult status among many car enthusiasts.  Similar to a Jeep in its functionality, the doors and windows can be removed from the car without tools and the windshield folds down - perfect for those breezy Montauk afternoon drives! Though the aesthetic is definitely an example of form following function, fans of the car find that its charm lies in the painted steel door panels, bench seats, and industrial-chic styling.

Of course always having to stand out in a crowd, Stanley opted for the Limited Edition "Acapulco Edition," only in production for one year (the ten year window wasn't quite exclusive enough).  We really have raised him well. 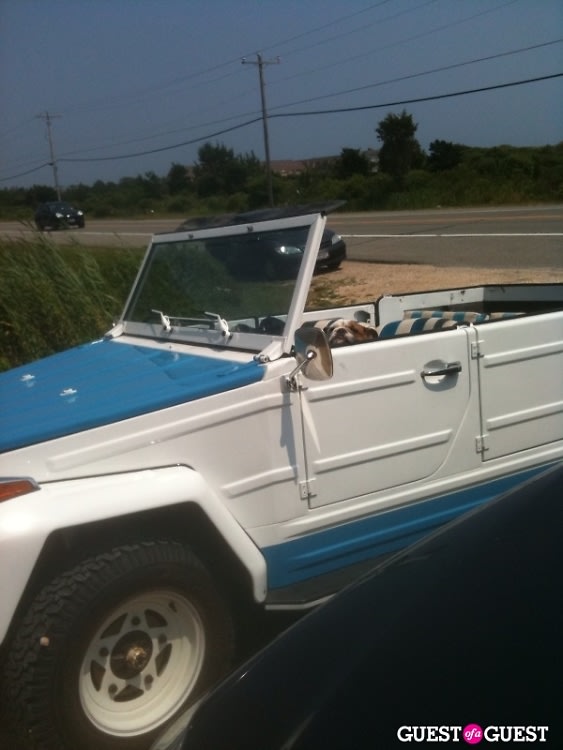 Stanley outside the Clam Bar in Montauk