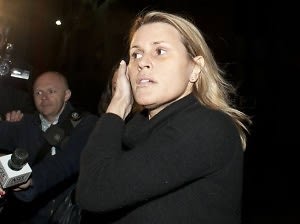 Just one week after announcing his engagement to 28-year-old yoga instructor Hilaria Thomas, Alec Baldwin has another lady fighting for his attention.

40-year-old Genevieve Sabourin, a Canadian actress who first met Baldwin in 2002 on the set of "The Adventures of Pluto and Nash," was arrested on Sunday night in Manhattan after showing up at Baldwin's Greenwich Village home earlier that day. Though Baldwin wasn't home when she arrived, a doorman called the '30 Rock' actor, who then alerted the police.

According to the New York Post, Sabourin was arraigned and released on Monday, after a judge ordered a temporary order of protection for Baldwin. 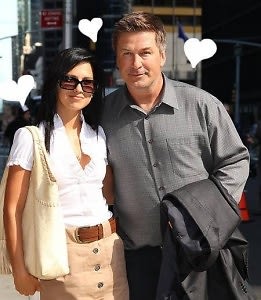 Her arrest wasn't based on the one incident alone, though. Her appearance at Baldwin's Manhattan apartment wasn't the first time Sabourin has been trying to reach Baldwin lately, and in addition to showing up at his Hamptons home on March 31, she also tried to get into an event Baldwin was hosting at Lincoln Center on April 5, from which she was removed by Lincoln Center security.

Baldwin also told police that Sabourin has been sending him emails over the past few weeks, and the Daily News has printed a number of the emails sent to Baldwin over the past week:

April 4: “I'm existed about that portion of the process, creating Genevieve Baldwin and get all of what I want is the best part."

April 6: “I hope I did not ruin everything by my lack of freedom and passive. I am very weak nOw and vulnerable...and so, I played defensive instead of going for it. I am so sorry, I did not know.”

April 7: “There Are very crucial/vital things I need here and today, I want you to be the one giving them to me. I need to see you.”

Baldwin has denied any romantic involvement with Sabourin, though he did admit to taking her to dinner twice in 2011 in a "strictly professional manner," reports Celebuzz.

Is Alec Baldwin about to get himself in hot water again? We though he recovered from the voice mail incident, but maybe the old Alec is back...