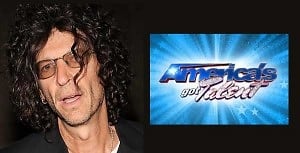 Radio host and all-around wild child Howard Stern will add a new, PG-rated gig to add to his resume next week when he joins America's Got Talent as one of the show's hosts. Stern, who will be replacing Piers Morgan, already got the show's producers to change the filming location from LA to New York to accommodate the shock jock's radio schedule for his SiriusXM show, but apparently the move wasn't enough.

The New York Post reported that Stern has another request for NBC, this time asking them to take the show even closer to his home-- in East Hampton.

It seems that Stern, who summers in the Hamptons, wanted to avoid the grueling commute to the city this summer and suggested that NBC commence filming AGT at the 31,000 square foot East Hampton Studio, which is within walking distance of his Southampton mansion. Talk about an easy commute!

It turns out that NBC rejected Stern's proposal, and with auditions beginning in St. Petersburg, Florida this week and moving to NYC next week, Stern had better get packing his suitcase.

The $10 million paycheck that Stern's reported to take home might make the commute to and from NYC this summer a little more bearable.