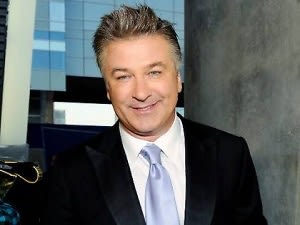 [Photo via] The usually laugh-out-loud funny late night show with David Letterman took a serious spin once Alec Baldwin got a mic. Letterman questioned Baldwin on his public statement about running for mayor of New York City and got the reply that he most likely won't be running because “running for mayor and being the mayor are two completely different things, and my life is changing."

Okay. And we didn't know that back in January? Was it really last weekend's visit from Irene to help Mr. Baldwin arrive at this realization? I'm thinking no. His new life of changes includes his new woman, a recent talk of the town topic, which might have had the stronger influence.

Letterman asked him how long he has had his 27-year old "friend" and Baldwin replied "on a spiritual level, I've known her forever Dave." Sarcastic or not, is his new yoga-teaching girlfriend encouraging Baldwin to find his inner path? At 2011's beginning, the 30 Rock-er was very interested in a political career. Now he's talking about spending that NBC money in Paris with his woman instead of being handcuffed to the emergency command center in Maspeth during a hurricane. 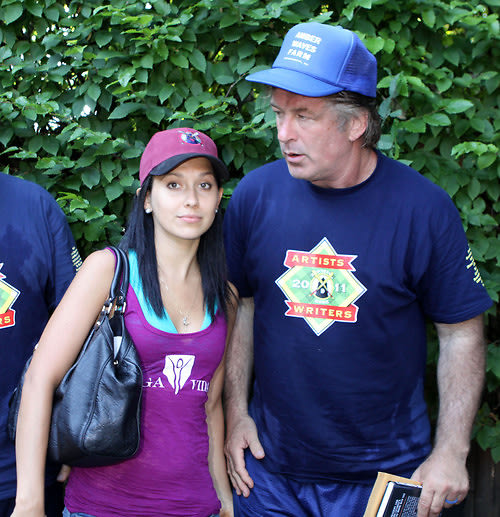 Hilaira knows how to play ball with her man...

Paris is obviously the better option but it looks like his new lady friend has some major leverage in this new relationship. I think Baldwin has been practicing one too many sun salutations in the recent months. Nonetheless we're a little relieved (and David Letterman seems to be too) that he's reconsidering is mayoral campaign for New York City.