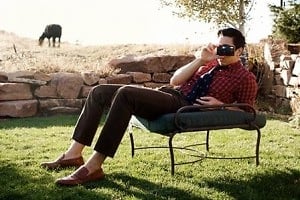 A Sartorialist for the smart set, Fred Castleberry is making waves as one of the next great street style photographers, thanks to his rugby-striped blog Unabashedly Prep. Based in Texas and now hopping from Northeastern port to port, we caught up with him for a Q&A over Dark 'n Stormies (a true trad indulgence). 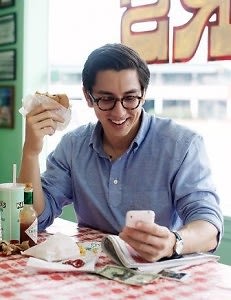 You might recognize his "look" already (even if you don't know of his blog, which you should). Fred can often be seen behind the scenes at Ralph Lauren Rugby shoots, and his photos of pretty young things on New Canaan and East Hampton street corners appear regularly on The Newsroom, Rugby's own blog.

Closely connected to fellow vanguards of the Men's Preppy Style movement, such as Max Wastler of All Plaidout, Michael Williams of A Continuous Lean, and Lawrence Schlossman of Sartorially Inclined, Castleberry injects his own often Technicolor (and always opinionated) vibe to a scene often over-run with the same ol' khakis. Keep an eye out for him - he's currently shooting campaigns, weddings, and chic little scenes in Manhattan and the East End, and this Thursday finds him in Newport, where he will cohost a pop-up shop and party called (oh so preppily) From Boat Shoes to Blazers. 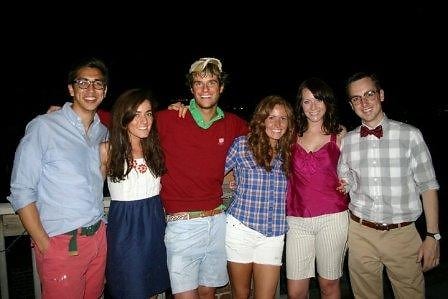 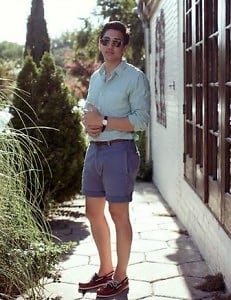 Favorite designer and favorite brand: Ralph Lauren and Polo Ralph Lauren Favorite item in his closet: Ralph Lauren penny loafers Favorite places to shop in New York and the Hamptons: Believe it or not, I don't really shop when I'm in New York or the Hamptons. It's more about living when I'm there, not shopping. Current favorite trend for men: No socks with a flash of ankle. Favorite look on a woman: menswear with a feminine touch, specifically polos. Trends for men (and women) that you would like to see die ASAP: espadrille flats. What's on your back-to-school wardrobe list: a tweed blazer, a navy blazer with gold buttons, and cordovan tassled loafers. What's more important, form or function: Function first, then form. Top five style inspirations: Sid Mashburn, American sports, Take Ivy, the hard-working men and women behind the Ralph Lauren Polo brand, and John Fiske (Rugby designer). Most stylish movies: The Emperor's Club, Making the Grade, The Great Gatsby, Metropolitan, and Dead Poets Society (in no particular order). Favorite place to travel: the American Northeast. Favorite restaurants in New York and the Hamptons: J.G. Melon on the Upper East Side. Get the burger. In the Hamptons, LUNCH. Get the lobster roll. "I cannot live without my _____." Blue oxford button-down. 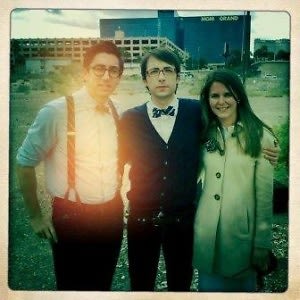 Expound now on the sorry state of fast fashion in the United States of America and what can be done to set our style back on the right track: The state of fast fashion is tragic in the sense that it is not built to last (very unpreppy). It is not created to be passed down to one's children (very preppy). We patch our sweaters when the elbows wear through, our tweed blazers get suede elbow patches, and the more frayed your khakis are, the better. The fact that "prep" is in vogue right now has many brands creating prep-inspired fast fashion pieces. Avoid these at all costs. Stick with the clothiers listed on Unabashedly Prep who produce traditionally "prep" clothing whether or not it is the darling of the fashion world. Buy for function, form, and longevity. That never goes out of style. 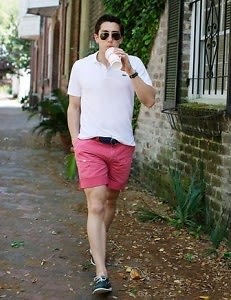 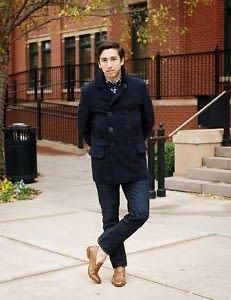 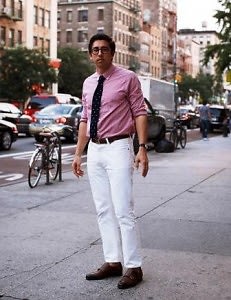 [All photos via Unabashedly Prep]