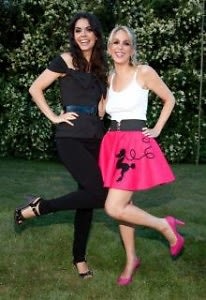 Picnic tables, blankets, glowy lanterns and a huge movie screen dominated the beautiful expansive lawn, alongside leather jackets, brylcreem, poodle skirts, cute cardigans and Converse shoes. Even though the theme was 1950's, the whole preppy look was not out of place for any other Hampton's party that could have been going on over the weekend.

With Lee no longer Mrs. Joel - having split from the piano man Billy Joel last year - she is back to promoting her cooking skills, as evident with the very Hampton's/Americana/July 4th spread she served to guests, including: her very own Logan County Burgers, mini truffled grilled cheese, mini fish tacos with mini pints of beer, spicy mac and cheese, chipotle barbecue grilled chicken with avocado corn relish and mini white chocolate s'more's.

The house which Lee acquired in divorce settlements was purchased by Billy Joel from Jaws star Roy Scheider in 2007 for more than $16million. With direct access to Gibson Beach, the house is now back on the market, but remains to be seen whether the sale price can reach the same lofty heights of that pre-Global Financial Crisis.

(Paramount is re-releasing Grease, which originally came out in 1978, with Karaoke style singing lines to follow on July 8.) 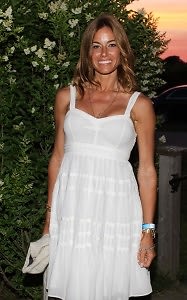 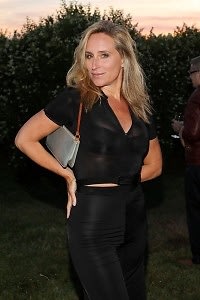 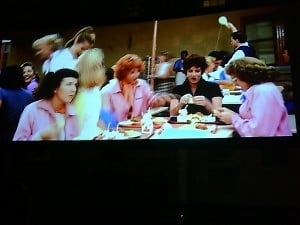 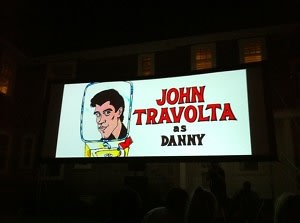 [Real Housewives photo Via, all other photos Via]