July 4th marked the date of the annual Nathan's Famous International Hot Dog Eating Contest in Coney Island. This year's event was certainly drama filled when former dog champion, Takeru "The Tsunami" Kobayashi stormed the stage after Joey "Jaws" Chestnut took first place for his fourth consecutive year, and was arrested. "The Tsunami" has won the contest six times before but has not been allowed to participate in recent years due to a contract argument with the organizer, Major League Eating.

"Jaws" consumed 54 hot dogs in 10 minutes, which is well below his record of 68 dogs last year. Second place went to Tim Janus with 45 hot dogs and Pat Bertoletti landed third place eating 37. ESPN reported that over 7 billion hot dogs will be eaten during the period from Memorial Day to Labor Day of this year. Nathan's Famous made 1,000 hot dogs for the event. This contest dates back to 1916 and lasted 12 minutes. The challenge first took place because a group of immigrants wanted to see who was the most patriotic of the bunch. 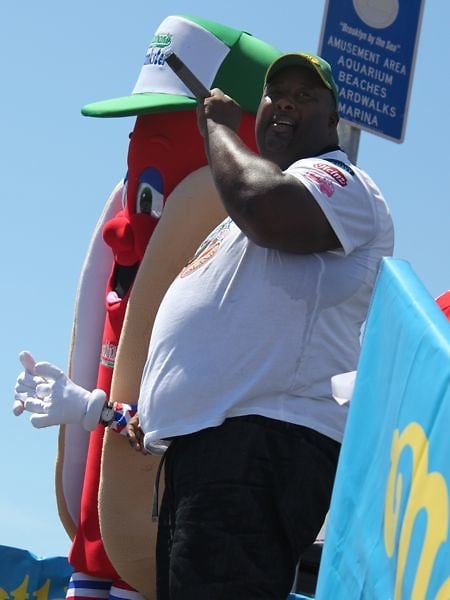 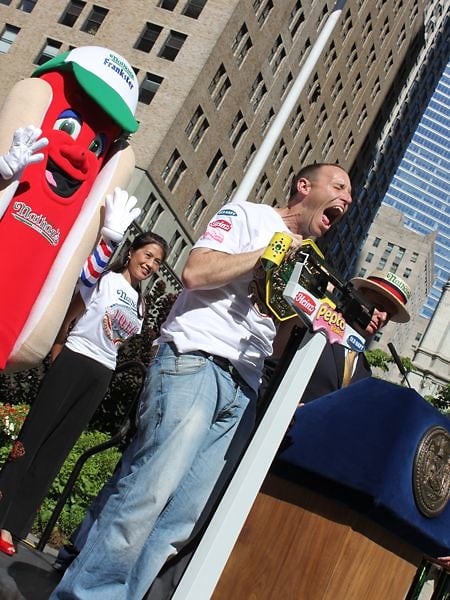 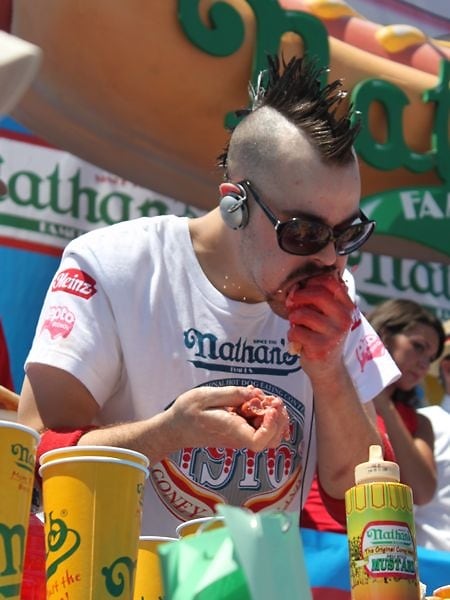 There are no words for this photo...