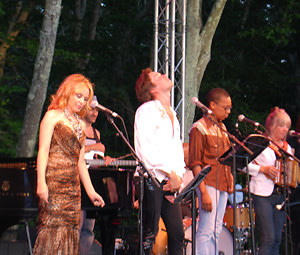 With over 600 guests, the sold-out show raised around $200,000 for the Watermill Center's year-round international artist residencies and education programs. Kicking off the evening was openeing act Krystle Warren, with her soulful sounds. Rufus Wainwright then took the stage solo with hits like "Grey Gardens" (dedicated to Kylie), "Who Are You New York," and "Sonnet No. 20" (from a collaboration with Watermill Center founder Robert Wilson). Kylie Minogue then joined Wainwright on stage, complete with band and back-up singers, to perform some of Minogue's hits both new and old, including the popular "Can't Get You Out of My Head." 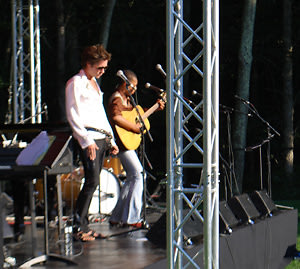 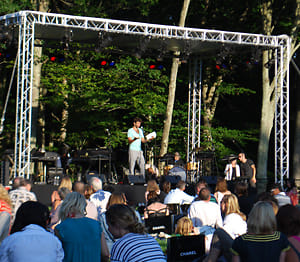 Rufus Wainwright, Krystle Warren ; the MC welcomes everyone to the concert 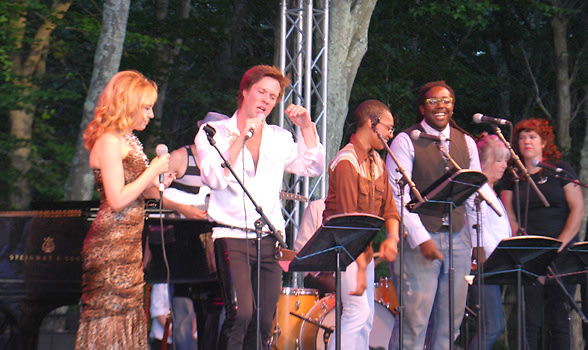 As Page Six reports, Kylie was the star of the show, getting "mobbed by male admirers after she performed." Wainwright closed the show with a touching performance of "Over the Rainbow," accompanied by his aunt Jane McGarrigle, and dedicated to his late mother, folk legend Kate McGarrigle. 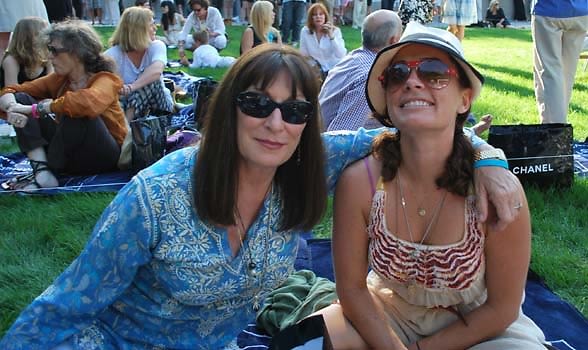 Wainwright is no stranger to the Hamptons, headlining the same gig at the Watermill Center in 2008 and 2009 (with Norah Jones), as well as rocking a private show at Sole East earlier this season.