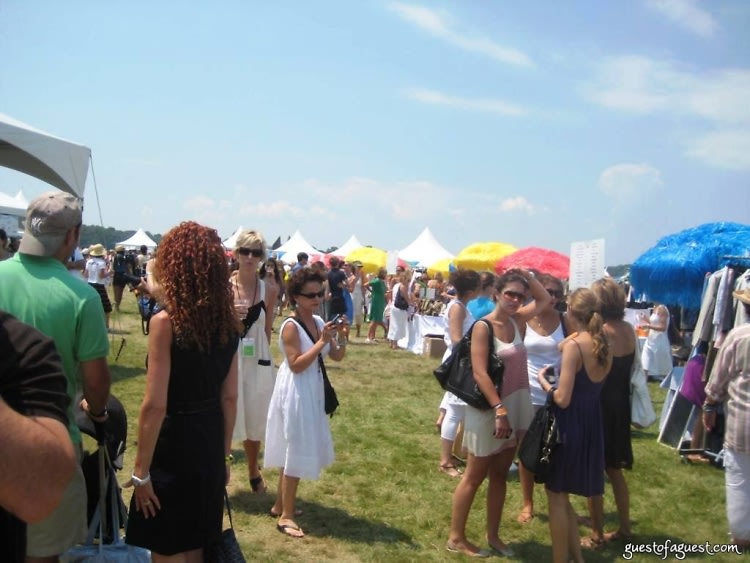 There were also DIY booths from Ralph Lauren and Crumbs cupcakes, and spa treatments from Burts Bees, Essie, and CVS. No word (yet) on whose bag was fullest, but the event did raise over 3 million for the Ovarian Cancer Research Fund. Nice work, shoppers!

Stay tuned for Rachelle's experience under the tents!

[Image via Hangin' in the Hamptons]