Main Street Southampton was bumping from the sounds of Tenet's Saturday store soiree where FEED products were sprinkled throughout the store and shoppers mingled with co-founder Lauren Bush, who of course stopped by to support the event.

The store, which just opened earlier this summer, is a hip venue for a party, and never skimps out on the Dos Equis, Corona, and "fruity cocktails," the latter of which our was a surprising hit among the male attendees. Of course Team GofG did some shopping while at the event, and let's face it, it's hard not to. The clothes are fantastic, with casual, chic, and edgy options throughout, and the sexy (bonus!) staff gives great feedback on what looks great. Lauren Bush attended the party, of course sporting one of her FEED bags and chatting with the staff and shoppers. 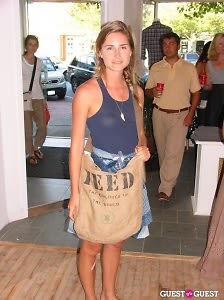 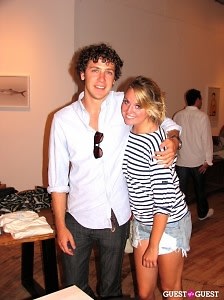 Creative director Greg Buntain and owner Jesse Warren, other than being a super hot duo, were in all places at once, mingling and making sure everyone had enough to drink and eat. Of course, they were helped by the sexy female bartenders and hors d'oeuvres servers, who looked like they were plucked right out of a catalog and dropped in Tenet. And though it was a little ironic to be eating caviar at an event to help feed the hungry, we still give the Tenet store party at ten out of ten for hip music, haute shopping, and hot people an aesthetic quality that should never go underappreciated. 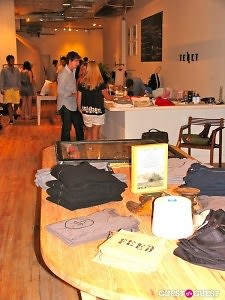 A selection of FEED items at Tenet Southampton