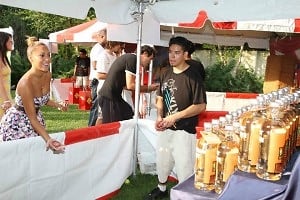 With all the hipsters invading the Hamptons these days, it was inevitable that Hamptonites would start appreciating the finer hipster things in life...like Brooklyn! We could go on and on about hipster things that have gone mainstream (fedoras, rompers, bangs), but Saturday's Absolut Brooklyn launch at The Estate in Sag Harbor took it to a new level, bringing Brooklyn to the Hamptons. 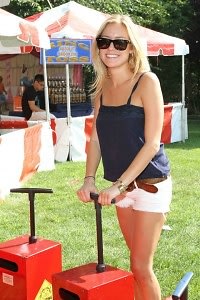 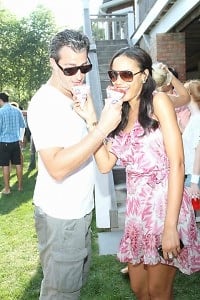 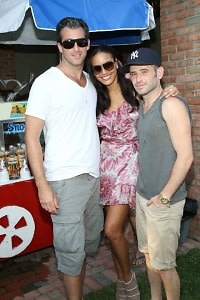 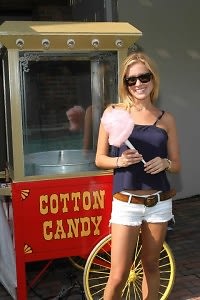 Bailon, in Armani Exchange, was spotted playing the Absolut Brooklyn Ring Toss (girlfriend, don't you know those games are fixed!), and guests got all hipster in the dunk tank. A Zoltar machine -- yes, like in the Tom Hanks movie -- was on hand to read Absolut fortunes. Hope no one wished to be big (or hipster!) -- it just might come true.