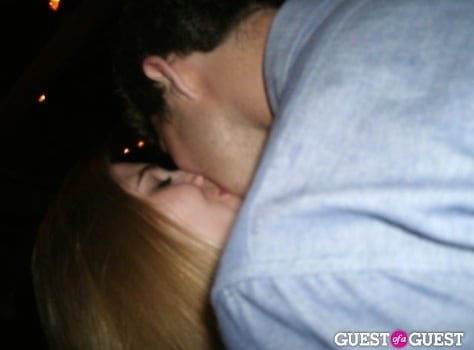 Before you get your PDA on with your man, you need to snag him! Summer romances are fun, but with the abundance of girls, and lack of clothing during the season, it can be intimidating. I am a believer that men are hunters by nature, and when they want something they go for it. Nothing is sexier than confidence, so here are five ways to break the ice, and snag yourself a babe or at least a make out partner for the night.

1. "I just came to say hello." It's everybody's favorite song of the summer, now take some advice from it! You are into him. You see him across the room. You notice him and you have made the appropriate eye contact to know he is into it, so get it girl, say hello! You don't want to get up in his face too fast, but after a few minutes of the subtle smiles and "accidental" eye locks slowly start working your way towards his side of the room (this works best if you briefly stop to say hey to other people along the way, it makes you look more popular and less creepy). You have nothing to loose, it's not like he isn't going to say hey back, and if it ends there at least you gave it a shot.

2. The number slip. This move is ballsy, and works best when you have the hots for your waiter. The only risk here is the chance that he doesn't call you and you run into him and his group out later, but chances are you will be working on a solid buzz by that time and hopefully have moved on.

Waiters will flirt just to get tips, so you need to make sure your radar is up, but if you are picking up on signs that he is down, go for it. At the end of the meal, after you signed the bill write your name, and number. If you are in a large group and he was flirting with everybody, don't even bother mentioning what one you were, he's not into it. This move needs to be done only when you are confident that the "vibe" was noticed by him as well.

3. Get in with his wing man. Guys love their bros. The bromance is an unbreakable bond. He may like you for a few weeks, but he loves his best friend and will love him long after he is done with you. You want to lock it down? Make sure you are cool enough to get on his best friends good side. After the proper scout out, it won't take longer than a few minutes to realize the dynamics of the group. That guy who keeps coming back to your man with commentary and jokes, thats him. It doesn't matter if he is hot, ugly, short, fat or gorgeous, befriend him. Make sure you don't give him the DTF vibe -- this is a strictly friend zone. You don't want him thinking that you are bouncing between the two, you'll be labeled a hussy quicker than you can imagine. Once you've charmed your way into the group, things should fall into place, granted that he is interested. No worries if he is not, you now have a new group of boys to feel out, it's a win win! 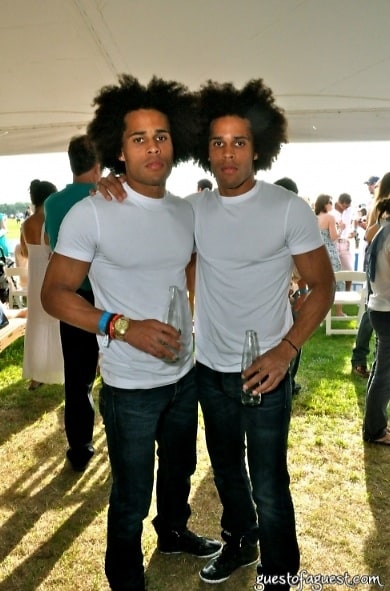 4. Throw out a compliment. This is hit or miss, make sure you don't get overly aggressive. For example, if you are going to comment on his sunglasses say something like, "your glasses are sick" not "oh my god I love your sunglasses." There is a little level of skill required in this one, because you can pick up by his body movements what it is he feels most secure about, and that is where you want to target. If he is out of place wearing a pair of pink pants, don't comment on the pants, comment on his watch. I also don't suggest making a move on anybody in a pair of pink pants, but to each their own.

5. Oh there is a minimum? If it is early on in the eye lock game and you find yourself close enough to your man of interested at the bar, there is nothing wrong with getting an extra shot of Patron to lighten the mood and spark some interest. If he's into it, he will end up picking up the tab anyway. If he ends up not getting you a drink or scooping the tab, don't walk, run away. Not only is he not into you but he is not enough of a man to deserve your attention.