[DJ M aka Matt Heckman. Photo by Rob Rich] If you frequent the Hamptons nightlife scene, then you most likely have partied alongside DJ M a.k.a. Matt Heckman. The Hamptons "go-to" record spinning pro is joining us this Saturday to take on the poolside turn tables at Sole East in Montauk for the Pink Agenda bash with GofG, and FameGame...The New York City native received his break back in 2007 debuting at STEREO and has since been spinning his way around the East End DJ-ing for hotspots old and new including Flirt, Mr. West, Anchor, Ella, and is the resident DJ for the ever so popular Georgica Extended Weekend Monday nights. This Saturday, the talented DJ is taking a break from his busy nightlife schedule and heading to Montauk to spin for a cause and for pool hopping party-goers of course, during Pink Agenda's first-ever Hamptons event. TPA is known for their commitment to raising money for breast cancer, but also for their talent of throwing parties...Good parties. They've brought down The Eldridge, hosted star-studded galas, and who can forget the Beers, Breasts, and Football party that took over Union Square last fall, and all for a great cause. If you don't have your tickets yet, Go HERE! 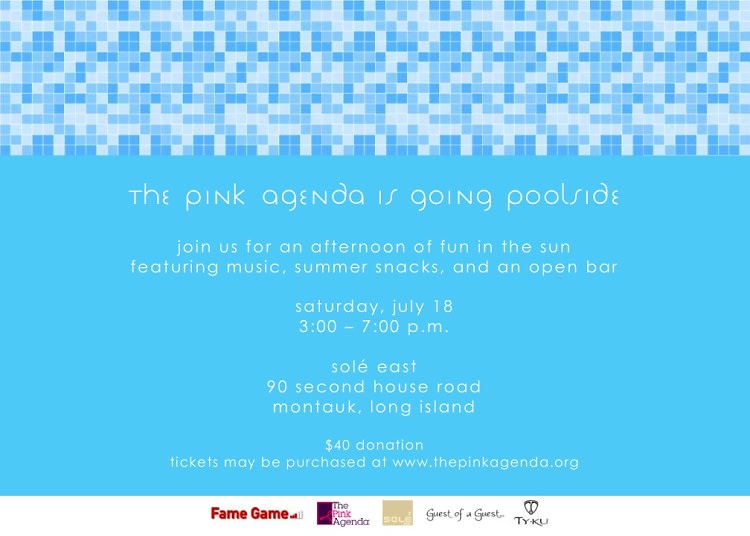