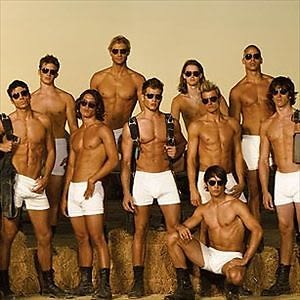 In its latest issue, Hamptons Magazine released a list of the 50 hottest bachelors in the Hamptons. From restaurant owners and publishers to real estate moguls and marketing directors, check out this list for who's hot in the Hamptons. On the team of women choosing the sexy & successful studs was one Guest of a Guest's Rachelle Hruska, along with Jill Martin, Gigi Stone, Callae Brownsteing, Michelle Davidson, and Molly Howard.

The ladies found men of every industry, and even included one of GofG's own, co-founder and publisher Cameron Winklevoss. The ladies dubbed him as "sporty" and sweet enough to "take home to momma." I suppose we agree with that.

Other notables include Sam Talbot, Executive Chef at The Surf Lodge in Montauk, whose eligibilty only increases once you've tasted a meal or two of his.  Aalex Julian, Director of VIP Services for EMM Group, also made the list and was categorized as a "heartbreaker" and a "mover and shaker" for women who are looking for some spice in their life. Owner of Georgica, and supposed "social peacock" David Schulman made an appearance on the hot-list, perhaps leading women to make more appearances at the bachelor's East Hampton venue.

Thought we know you love the details, we also know you're just dying for the full list of gorgeous guys, so we'll delay no longer. In no particular order (other than alphabetical) here they are: