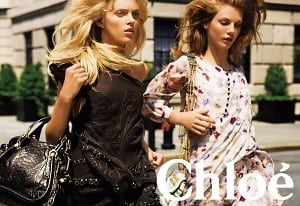 In what may be our favorite Hamptons outpost this summer, a Chloé popup store has opened its doors in the London Jewelers building in East Hampton. The shop, which opened July 15, will only stay open until August 15, and has designs from both the ready-to-wear Chloé collection, some pre-fall and fall runway looks and pieces from the See by Chloé line. The store is also apparently carrying exclusive colors of the Paraty bag.

Of course, Chloé is just one of a few new stores that we're loving. Balenciaga opened its doors on Main Street in East this summer, Tenet in Southhampton, and Cynthia Rowley at the Memory Motel in Montauk.

Now all we're waiting on is the long-promised Nobu pop-up...